KELLY VITZ made her feature film debut in Walt Disney Pictures' SKY HIGH as the sarcastic, punk gal Magenta. Gifted with the ability to shape-shift, others are unimpressed with her power as the only thing she can turn herself into is a less-than-cool guinea pig.
It is only fitting that her first movie is a Disney project as Vitz' very first acting job was doing "Fab 5 Fourth" interstitials on the Disney Channel followed by an episode of "Lizzie McGuire," her first television credit. Also, one of her first modelling assignments was appearing in a Disney holiday print catalogue and she appears in the pre-show at the "Honey I Shrunk the Audience" attraction at Disneyland playing a Chinese princess.

Vitz has been a Ford model since age 10. In addition to numerous print campaigns, she has appeared in television spots for Cingular and Marshalls, as well as a phone company commercial with Faith Hill and a Target ad with Tiger Woods.

She lives with her family in the Los Angeles area, including her younger sister Julie, who also acts. A dedicated student, Vitz is a junior in an area high school where she is a member of the dance team. She hopes to attend an Ivy League University. 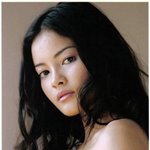 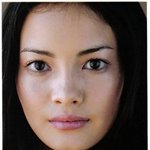