She was born Justine Kendall McCarthy in Withernsea, East Riding of Yorkshire, England, a coastal resort. Her maternal grandmother was Marie Kendall who was a musical-comedy star known for her vivacious personality and diction while singing. Her father was Terry McCarthy, a vaudevillian. She was commonly known to family and friends as Kate, according to the memoirs of the late actor Sir Dirk Bogarde. Her brother, Cavan Kendall (born Cavan McCarthy), who died on October 30, 1999, was also an actor.

Kendall's distinctive nose, an aristocratic swoop, was the result of plastic surgery after a car crash. As she told Bogarde, the surgeon had only two noses in his repertoire, "this one and the other one." The one she chose, Kendall explained, made it difficult to photograph her in profile.

Her first major screen role was in the Sid Field-Petula Clark musical London Town (1946), notable for being one of the costliest flops in British film history. She co-starred with Clark again in Dance Hall (1950), and was featured in a quick succession of forgettable films before gaining fame in Genevieve (1953).

Later she starred opposite Rex Harrison in the comedy The Constant Husband (1955), and an affair soon followed. Harrison was married to actress Lilli Palmer at the time. However, when he learned from Kendall's doctor that Kendall had been diagnosed with myeloid leukemia, he and Palmer agreed to divorce so he could marry Kendall and provide for her care. Kendall was never told of her illness and ended up believing she merely had an iron deficiency. As for the divorce, Palmer said she was not upset because she had a lover, too. She and Harrison planned to remarry after Kendall's death, but Palmer ended up falling in love with her companion, Carlos Thompson, and married him instead.

Kendall appeared in the first film in the Doctor series, Doctor in the House (1954) with Dirk Bogarde, Simon And Laura (1955) with Peter Finch, Abdulla the Great (1955) with Sydney Chaplin and Gregory Ratoff, and the epic film The Adventures of Quentin Durward (1955), with Robert Taylor and Robert Morley. In 1958, Kendall won a Golden Globe Award for her performance as Lady Sybil Wren in Les Girls, probably one of the best-known films of her career, the story of three showgirls in postwar Paris (the other actresses were Mitzi Gaynor and Taina Elg). The following year, she starred opposite Harrison in The Reluctant Debutante. She succumbed to her illness on September 6, 1959, at the age of 32, soon after completing her last movie, Once More, with Feeling!, starring opposite Yul Brynner.

She is buried in the churchyard of St John's Church, Church Row, Hampstead, North London.

Before her marriage to Harrison, Kendall had a romantic relationship with Sydney Earle Chaplin, the second son of Charlie Chaplin by his second wife, Lita Grey Chaplin. 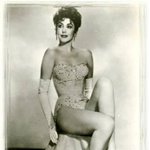 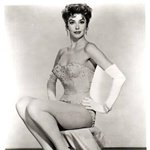 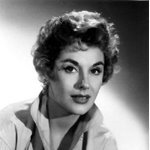