Katie Richmond's career took off at age 19, as one of the famous Sun Page 3 Girls, the same gig that launched the careers of singer Samantha Fox, and fellow models Melinda Messenger and Jordan (a.k.a. Katie Price). Although Katie had posed for The Sun and The Daily Star, she declined an offer from Playboy to be the Millennium Bunny, quite an honor and hefty paycheck. Apparently Hugh Hefner was looking for a British babe, and Katie's natural body fit the bill to a tee, but despite the glamour and Playmate title, she was not ready to take it all off. Thankfully, she was still ready and willing to do topless Daily Star shots (something she probably would have had to pull out of if she went with Playboy, and how could she stop posing for the publication that voted her the number one "princess of pertness"?).

Although Katie's star was propelled by her Page 3 status, she has received other accolades in her native England. Katie was named number one in Perfect 10 magazine's babe competition, beating out the other UK hotties. Katie won £50,000 for topping the list. In addition to her Sun poses, Katie has also appeared in Xnet, MegaStar and FHM (she was among their top 100 girls), as well as the cover of MegaStar's calendar. Katie has practically become an advertising staple in the UK, plastered on broadsheets (flyers and circulars) and billboards. But print wasn't necessarily enough for this Cheshire kitten. She had set her sights on television, and already has several TV appearances to her credit. She has appeared on shows like Jo Guests Private Parts, Undressed with Jo Guest, The Hot House, and her own Katie Richmond's VPL and Katie's Crazy About Cars, the latter on the Granada Men and Motors channel.

Katie has also dipped her toes in the women's swimsuit industry, a company she co-founded with her younger sister Ginene, who helps her design the bikinis. Katie's Red Hot Bikini company is a family-run business, and with her input and more than three years of modeling experience, it's sure to be as red hot as the rest of her career. A self-proclaimed tomboy, Katie seems to have perfected kickboxing (she has studied it since she was 15), and has even allegedly been in a scrap with Lisa Bangert while the two were shooting a video for pop singer Buster Bloodvessel's single, "Stop Messing." Lisa Bangert even went so far as charging Katie with assault. 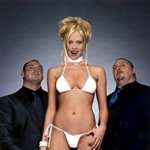 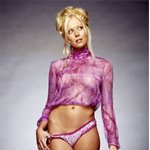 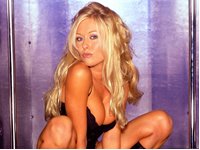 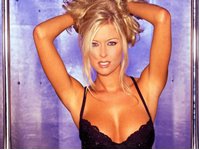 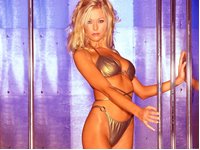 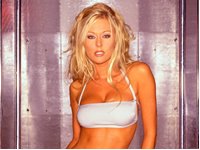 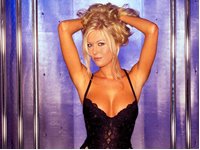 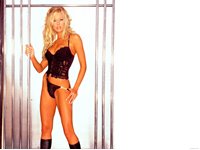 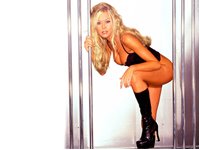 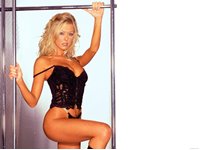 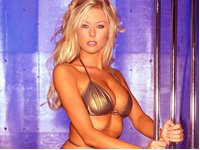