Moennig moved to New York City at the age of 18 to study at the American Academy of Dramatic Arts. There she began a modeling career, and also performed on stage.

In 1999, she had the central role of the Our Lady Peace video, "Is Anybody Home?"

Her first major role was in the television series Young Americans, playing Jacqueline "Jake" Pratt, a girl who enters the Rawley Boys Academy by passing as a boy and ends up falling in love with Hamilton (Ian Somerhalder), the Dean's son.

She has played many lesbian and transgender roles. She auditioned for the part of Brandon Teena in Boys Don't Cry - that ended up going to actress Hillary Swank. She played a pre-operative transsexual in Law & Order: Special Victims Unit (episode "Fallacy").

Since 2004, Moennig has played one of the main characters in The L Word. She plays Shane McCutcheon, a hairdresser who goes from one girl to another.

On 12 April, 2006, Moennig made her Off-Broadway debut in Guardians, by Peter Morris. In it, she plays "American Girl" - a young United States Army soldier from West Virginia who becomes a scapegoat in a scandal involving abuse at an Iraqi prison. The story is loosely based on that of Lynndie England.[4]

Moennig had a minor role in the 2006 film Art School Confidential as Candace, the ex-girlfriend of Audrey, the art model who serves as a love interest for protagonist Jerome. 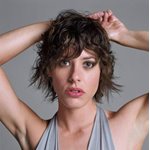 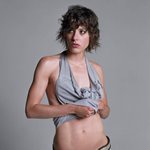