Kate Todd (born on December 12, 1987 in Barrie, Ontario, Canada) is an actress and musician, most famous for her role as Lily ("Shady Lane") Randall in the Canadian television series, Radio Free Roscoe. She can sing and play guitar, like her character in Radio Free Roscoe. Kate was previously a model and speaks both English and French. Kate attended Nantyr Shores Secondary School in Innisfil, Ontario until 2006. She studied acting with Dean Armstrong.

Last March she appeared at Bayfield Mall in her hometown of Barrie with fellow Radio Free Roscoe actor Nathan Stephenson for autograph signing.

She is currently a guest character on Life With Derek and she is also working on her debut album, entitled Conspiracy.

2006 was a busy year for Kate. She had the privilege of working with the highly respected and award winning Canadian director Bruce McDonald (Highway 61, Road Kill, Hard Core Logo) on the feature film ‘The Tracy Fragments’. It has a theatrical release date set for 2007. She was also chosen to play the lead role of Lauren Findley opposite Tyler Hoechlin of 7th Heaven fame in the movie ‘Grizzly Rage’, an Off Road Films production shot in Winnipeg and directed by David DeCoteau. Kate also made appearances on the TV shows ‘Naturally, Sadie’, where she performs one of her original songs and ‘Life With Derek’ in which she has a recurring role as Jennifer.

Kate has appeared in a national television ad campaign featuring Oxy skin products as well as making guest appearances on such shows as: 'Real Access’ with Brittany Spears, Jessica Simpson and Hillary Duff, the Vicki Gaberau show, Star TV, Breakfast Television, MTV Canada, Much Music, M3, Sun TV and E-Talk Daily. She has been interviewed by most major newspapers throughout North American and has been featured in many fan magazines as well as by popular internet fanzines. Kate is also a featured columnist for The Magazine where she writes a music column called ‘Sound Check.’

She has also been asked to appear as a guest panelist on the Armstrong Acting Studio’s 'Teen Star Acting Panel'. Here, she will be featured as one of the teen stars helping to educate young actors/actresses wanting to make it in show business.

Kate has studied Improv/Comedy at the Armstrong Acting Studio and has taken private coaching with the acclaimed Canadian actress Kate Trotter (Paradise Falls, Puppets Who Kill, The Jane Show, Romeo and Juliet-TV). She is currently enrolled in studying the Meisner Acting Technique in Toronto under John Riven.

Projecting ahead, Kate has volunteered to act as a team captain for MAC Idea’s P.O.V. (Presenting Our Vision) film camp to take place in the fall of 2007. This is a camp committed to bridging the gap between education and the film industry. It is a workshop that will provide an opportunity for underprivileged youth to be exposed to the process of filmmaking.

When not on set, in the recording studio or writing songs on her guitar that she affectionately calls Roscoe, you can find Kate spending time and sharing a laugh with her family and friends and of course playing with her dog, Riley. 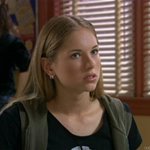 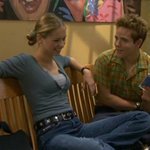 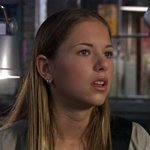 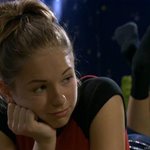 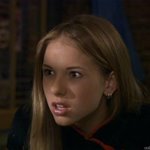 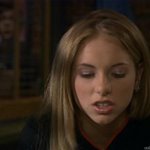 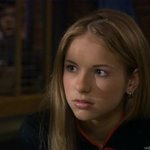