Karen Gillan is a Scottish actress and former model, best known for her portrayal of Amy Pond in the British science fiction series Doctor Who. Before Gillan became an actress, she was scouted by a modelling agency. Gillan worked as a model in 2007's London Fashion Week for designer Allegra Hicks' autumn/winter catwalk show and the launch party of Nicola Roberts' Dainty Doll Make-Up Range. This was shown in Roberts' episode of the documentary, The Passions of Girls Aloud which premiered on 4 April 2008. Gillan has said she would not give up her acting career to return to modelling. She stated that she enjoyed modelling but acting was always her main interest and goal.

Gillan's early television acting career included guest appearances on several drama series, with her first ongoing role being a two-year stint as a member of the ensemble cast of the sketch comedy series The Kevin Bishop Show in which she played multiple characters, as well as celebrities such as Katy Perry and Angelina Jolie. She appeared in Channel 4's Stacked; she had the part of Ginny. Gillan also appeared on TV in a leading role in a horror project entitled The Well, which was broadcast as a series of episodic short films on BBC Two, and then later also as a web series on BBC.co.uk. Part of the BBC's multimedia "switch" programming, the short episodes interconnect with online games that further explore the environments presented in the series.

She was cast for the role of the Eleventh Doctor's first companion, Amy Pond, on the British sci-fi series Doctor Who in May 2009. She made her first on-screen appearance as Amy Pond in "The Eleventh Hour" with her cousin Caitlin Blackwood portraying a young Amy Pond. She was confirmed in Issue 420 of the Doctor Who Magazine to be appearing in the 2011 series. Gillan had appeared in Doctor Who once before in the 2008 episode "The Fires of Pompeii" in the role of a Soothsayer. 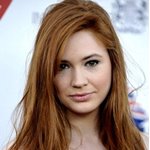 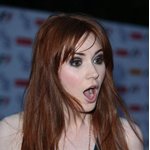 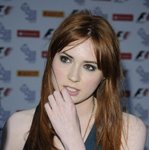 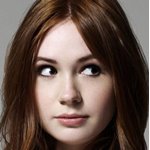 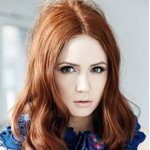 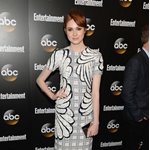 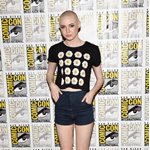