The dark and classically beautiful British actress Julia Ormond was born into privileged surroundings as the daughter of a well-to-do laboratory technician. Her parents divorced when she was young; she was the second of five children. She attended Cranleigh, a private school, and showed interest in theatrics way back then. Her grandparents were artists, and she initially intended to be one herself, but after one year of art school, she renewed her dedication to acting and transferred to Webber-Douglas Academy of Dramatic Art, where she graduated in 1988.

She subsequently appeared in the play "Wuthering Heights" as Catherine, where she met her Heathcliff both onstage and in real life, actor Rory Edwards. In 1989 she won the London Drama Critic's Award for her performance in "Faith, Hope and Charity" as "best newcomer." Her marriage to actor Edwards, who also appeared with her in the TV-movie Young Catherine (1991) (TV), in which she played Catherine the Great, dissipated in 1994. In the meantime she slowly built up her reputation as a fine actress with the films The Baby of Mâcon (1993) and Captives (1994), but Hollywood finally took notice with her lauded support role in Legends of the Fall (1994) opposite Brad Pitt. As a result of this, she was practically handed Audrey Hepburn's role in the revival of Sabrina (1995), stealing the picture from co-star Harrison Ford.

She has since continued to glow in such international pictures as Smilla's Sense of Snow (1997), Sibirskiy tsiryulnik (1998) [The Barber of Siberia] and Resistance (2003), and in such TV mini-series showcases as Iron Jawed Angels (2004) (TV). 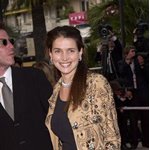 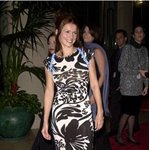 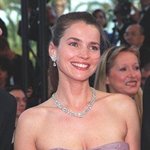