Discovering a love for performing arts while a student at NY's Hunter College, Judy Ryes co-founded the Labyrinth Theatre Company, a multi-cultural acting space based in Manhattan, in 1992 with 12 other founding members that included Sam Rockwell, Philip Seymour Hoffman, John Ortiz and Lauren Velez, and maintained her affiliation by working extensively as both actor and producer on a number of productions there.

It was also in 1992 that Reyes got her first taste in front of the film camera when she was cast in the major role of Rosie in the independent comedy “Jack and His Friends.” Her LAByrinth collaborator Sam Rockwell also acted in the film. Shortly afterwards, she could be seen making guest appearances in a series of shows like NBC's “Law & Order” (1992), USA's “Street Justice” (1993), NBC's “The Cosby Mysteries” (1994), “New York Undercover” (1994), “CBS Schoolbreak Special” (1995), ABC's “NYPD Blue” (1996) and CBS's “Cosby” (1997). The twin artist made her television film debut in “The Prosecutors” (1996), costarring with Stockard Channing and Michelle Forbes and directed by Rod Holcomb.

Returning to indie scenes, Reyes found herself in support of Marlene Forte and Gary Perez on “Lena's Dream” in 1997 and then in 1998 she played Maria Lentini in “No Exit.” Also in 1998, she appeared as a waitress in the Richard Schenkman-directed “Went to Coney Island on a Mission from God... Be Back by Five,”opposite Jon Cryer, Rick Stear and Ione Skye, and had an uncredited part in the big-budget sci-fi/thriller “Godzilla” (1998), which was directed by Roland Emmerich. After portraying a detective in a TV film helmed by D.J Caruso called “Mind Prey” (1999), Reyes landed the role of an ICU nurse on the Martin Scorcese drama “Bringing out the Dead” (1999), which marked her most remarkable gig during the decade. The movie offered an opportunity for Reyes to work with big names such as actors Nicolas Cage, Patricia Arquette and John Goodman, as well as the director Scorcese. The same year, she had a recurring role on the HBO brutal prison series “Oz,” playing Tina, the wife of the blinded Correctional Officer Eugene Rivera. “Taino” (1999), a 30-minute short directed by husband Edwin M. Figueroa, marked her debut as actress -producer. It was screened at the 1999 New York International Latino Film Festival.

Reyes' TV career continued to gain impetus when in 2000 she landed a spot on the hit HBO series “The Sopranos,” where she played Paulie Walnuts' girlfriend. She followed it up with a part in the short-term series “Madigan Men” (2000), a recurring gig on two episodes of the popular NBC show “Third Watch” (2001, as Gina Fuentes) and a guest stint in an episode of “100 Centre Street” (2001). She also portrayed Maria Cruz on the TV film “WW3” (2001), opposite Timothy Hutton and Lane Smith, and acted in the independent film “Home Invaders” (2001), helmed and penned by Gregory Wilson.

However, Reyes did not score a huge breakthrough until she landed the role of Nurse Carla Espinosa on the NBC comedy series “Scrubs.” Debuted on October 2, 2001, the acclaimed sitcom is currently in seventh and its final season, and won a second Emmy in 2007, for Outstanding Sound Mixing for a Comedy or Drama Series (Half-Hour) And Animation. It had previously netted Emmy nominations for Outstanding Comedy Series in 2005 and 2006. As for Reyes, the actress won a 2006 ALMA for Outstanding Actress in a Television Series and more recently, in 2007, was nominated for an Imagen Award in the category of Best Actress – Television.

Despite her busy TV series schedule, Reyes still found time working on other projects. She appeared in the drama/romance film “Washington Heights” (2002), which starred Manny Perez as a young illustrator named Carlos Ramirez, worked with Peter Riegert and Isabella Rossellini in the comedy “King of the Corner” (2004), shared the screen with Cuba Gooding, Jr. in the indie-drama “Dirty” (2005) and portrayed Vanessa Dupree on “Glow Ropes: The Rise and Fall of a Bar Mitzvah Emcee” (2005) with husband Figueroa co-directing with George Valencia. “Glow Ropes” premiered and picked up a 2005 HBO New York Latino Film Festival for Best Film. It also premiered at the Cannes International Film Festival in 2005 and was screened at the Los Angeles Latino International Film Festival. In 2006, she starred with Doris Roberts on the Hallmark Original Movie “Our House,” and played Tyler on Neil LaBute's staging of “Some Girl(s)” at MCC Theater at the Lucille Lortel Theatre, New York City.

In 2007, Reyes made her directorial debut with “The Passion,” a a short/comedy film in which she also starred along side Candice Coke and Richard Collins. She will star as Detective Patterson in the upcoming drama/thriller movie “The Poker Club” (2007), based on a novel by Ed Gorman and directed by Tim McCann. Among her costars in the drama/thriller are Johnathon Schaech, Johnny Messner, Lori Heuring, Loren Dean and Jana Kramer. 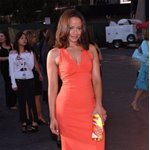 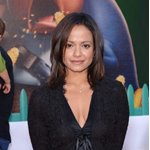 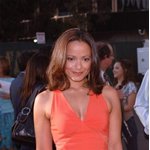