Jordan Fry's kind-hearted nature is so vastly different than the characters he usually plays. The most recent character being Mike TeaVee in the Tim Burton film Charlie and the Chocolate Factory (2005) starring Johnny Depp. Being athletically gifted and a quick learner, Jordan was able to perform his own stunts during the filming of Charlie. In addition to flying through the air, Jordan is into gymnastics and plays soccer on a select team in Selah, Washington. Aside from the various church and school plays he has performed in, Jordan began his film debut in 2002 when he booked the role of Alan Arkin's grandson Porter, in the film Raising Flagg (2006), directed by Neal Miller.

Jordan is currently living in Los Angeles with his parents Paul Fry and Christine Fry and his two siblings, sister Rachel Fry and brother Joshua Fry. 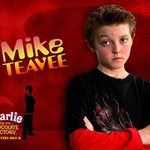 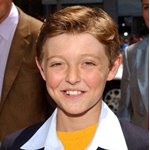 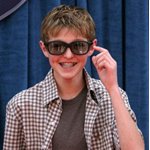 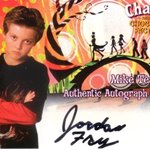