Jonny Evans is a Northern Irish footballer who plays as a defender for Manchester United and Northern Ireland. Evans was born in Belfast and started his career at Green island FC, where he was spotted by Manchester United scouts. He progressed through Manchester United's football Academy to play in several foreign tours in the summer of 2006. He then went on loan to Royal Antwerp and had two spells with Sunderland.

He made his Manchester United first team debut in the 2007–08 League Cup, becoming a regular first-team squad member the following season. While playing for United, he has been their only Northern Irish first team player. Before the start of the 2011–12 seasons, Evans was handed the No. 6 shirt after Wes Brown was transferred to Sunderland. On 14 August, he wore his new shirt number for the first time in United's opening day 2–1 win at West Bromwich Albion; he came on for the injured Nemanja Vidic in the 52nd minute at The Hawthorns. On 23 October, he was sent off in United's 6–1 defeat against Manchester City after bringing down Mario Balotelli in a last-man challenge. Evans made his 100th appearance for the Red Devils on 30 November; he played the full 120 minutes as United lost 2–1 to Championship side Crystal Palace in the League Cup quarter final. On 18 March 2012, he scored his first goal for United after opening the scoring in the 5–0 league win at Wolver Hampton Wanderers. Evans missed the final 3 games of the season with a foot injury. Having undergone surgery to repair an ankle injury at the end of last season, Evans was unable to start pre-season training until early August, but there was speculation that he might be playing Manchester United's second game against Fulham. Evans scored his second goal for the club in a 3-0 away win at Newcastle United on 7 October 2012, thumping home a header from a Robin van Persie corner kick. On 23 October, Evans scored his first goal in the UEFA Champions League and first at Old Trafford in a 3-2 victory over Braga. He scored the equalizing goal at 2-2, scrambling home from a corner kick.

Evans netted his third goal of the season on 24 November 2012 in a 3-1 win, heading in the equalizer against Queens Park Rangers at Old Trafford from a corner. Despite having not yet made his senior debut for Manchester United, Evans was called up to the Northern Ireland squad for the first time in September 2006, making his debut in the memorable 3–2 victory over Spain. Evans has since retained his place in the squad. 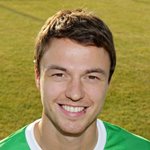 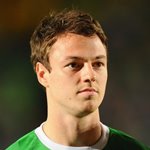 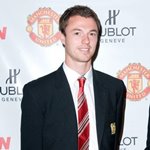 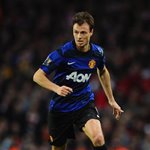 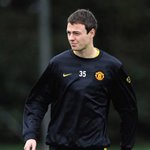 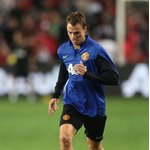 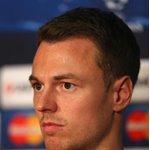 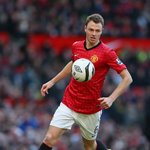