Jonathan Rhys Meyers was born July 27, 1977, in Dublin, Ireland. He and his family moved to County Cork, Ireland, when the actor was nearly a year old, and then, at the age of 3, his father left the family, leaving his mother to care for Jonny and his 3 younger brothers alone.

Rhys Meyers grew up with a tumultuous childhood, spending some time in an orphanage and being permanently expelled from school at age 16. Happy to be out of school, he began spending time in a local pool hall where he was discovered by Hubbard Casting. The casting agents were talent-spotting for the David Puttnamproduction of War of the Buttons (1994)_ , and asked Rhys Meyers to appear for an audition. After three days of auditions, however, he did not get the role, and Rhys Meyers gave up on his acting aspirations. Soon afterward, he received a call to audition for a national ad campaign for Knorr soup, and though embarrassed by the attention from the ad, he soon found himself considered for a major film. His movie acting debut was a very small role in the film Man of No Importance, A (1994)_ ,where his simple cast credit is as First Young Man. His first lead role was in the film Disappearance of Finbar,1996)_ . During a 6-month postponement in production he returned home to Cork and there received a call about the film Michael Collins (1996)_ . He traveled to Dublin to meet with director Neil Jordan (I) and successfully won the role of Collins's assassin. Jordan wrote about his meeting with the actor, "I have found someone to play Collin's (sic) killer. Jonathan Rees-Myers (sic), from County Cork, apparently, who looks like a young Tom Cruise. [He] Comes into the casting session with alarming certainty. Obviously gifted."

Rhys Meyers continued working constantly from that point and appeared in such films as Maker, 1997)_ , Telling Lies in America (1997)_ , and Tribe, The (1998) (TV)_ . Going on to film Governess, The (1998)_ ,B. Monkey (1998)_ , Titus (1999)_ and Ride with the Devil 1999/I)_ , he has received critical acclaim for several performances, most notably as Brian Slade in Velvet Goldmine (1998)_ , as Steerpike in the British mini series "Gormenghast" (2000)(mini)_ , and as a sympathetic football coach in Bend It Like Beckham (2002)_ . Rhys Meyers is also a talented singer and musician, having performed his own vocals in "Velvet Goldmine" and appearing on the film's soundtrack. Rhys Meyers still resides in County Cork, Ireland. 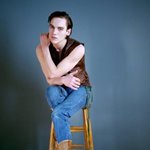 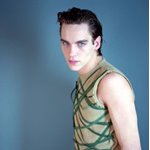 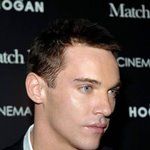 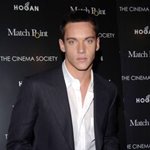 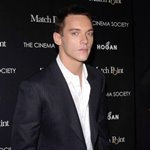 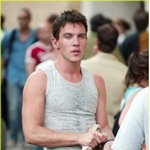 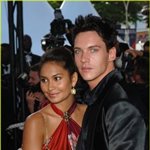 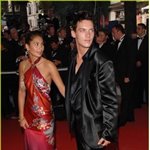