Peluca (2003) is a grainy black-and-white quality film shot in two days with a budget of approximately $500. It also was the springboard for the funny feature-length film Napoleon Dynamite (2004), also directed by Jared Hess. In Napoleon Dynamite (2004), Heder played the title role of a listless and alienated teenager and his performance received positive reviews. He earned an MTV Movie Award for Best Musical Performance and two Teen Choice Awards, one for Choice Movie Hissy Fit and another for Choice Movie Dance Scene. He also made guest appearances on "The View," "Mad TV" and "The Tonight Show with Jay Leno."

Heder followed the triumph of Napoleon Dynamite with the next year’s project, Mark Waters' supernatural-themed romantic comedy Just Like Heaven. In the film, Heder played the supporting role of a paranormal expert named Darryl, opposite Reese Witherspoon and Mark Ruffalo.

On his role in Just Like Heaven (2005), Heder recalled, "They sent me the script and I thought it was a really nice romantic comedy with a great spirit about it, no pun intended. I thought Darryl would be a fun character to play. He is the only one who believes David, because Darryl can sense Elizabeth (Reese Witherspoon). He can't see her or hear her, but he knows what she is feeling. He knows they are stuck in this weird relationship and he helps define it along the way. He's very cool about it. If he senses a spirit, he treats it naturally, like it's nothing new. It's just routine for him."

In April of 2005, Heder was Punk'd by his twin brother Dan and hosted the “Saturday Night Live” show on October 8 that same year. On the big screen, Heder will soon finish his upcoming films: Andrew Black's Moving McAllister (with Mila Kunis and Ben Gourley), Dennis Dugan's baseball comedy produced by Adam Sandler, The Benchwarmers (will play nerdy buddies alongside Rob Schneider and David Spade) and Gil Kenan's family drama Monster House. Heder is also scheduled to costar with Billy Bob Thornton in Todd Phillips' School for Scoundrels, star as a thirty-something slacker living with his mom in Tim Hamilton's Mama's Boy and lend his voice in the animated Surf's Up. 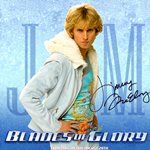 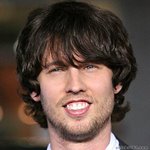 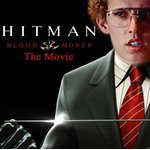