Jon Cryer began his professional career at the tender age of four when he was featured as a model on a vitamin-bottle label. He went on to act in Off-Broadway productions like “Carnal Knowledge” and “Torch Song Trilogy.” In the latter, he replaced Matthew Broderick in the role of the adopted son David. He later succeeded Broderick in Neil Simon's “Brighton Beach Memoirs” on Broadway. Cryer made the leap to the big screen in 1984 by playing a young photographer obsessed with Demi Moore in the romantic comedy “No Small Affair,” a role that was, ironically, intended for Broderick. The movie also marked the actor's first partnership with actor Tate Donovan and actress Jennifer Tilly.

After making his television debut in the PBS remake of “Noon Wine” (1985), Cryer was shot to prominence as the adorable Duckie Dale in “Pretty in Pink” (1986), a classic teen flick helmed by Howard Deutch and written by John Hughes. Among his costars in the film were Molly Ringwald, Harry Dean Stanton, Annie Potts and James Spader. However, after “Pretty in Pink,” Cryer had to deal with a series of forgettable movies including Robert Altman's “O.C. and Stiggs” (1985), “Morgan Stewart's Coming Home” (1987) and “Hiding Out” (also 1987). It was his role as Teddy Zakalokis on the CBS comedy series “The Famous Teddy Z” (1989) that brought the actor back in the limelight. He stayed with the show until its cancellation in 1990.

1991 saw the boyishly handsome New York native revisit the wide screen with triumph by portraying a pilot fighter nicknamed “Wash Out” in Jim Abrahams' popular movie “Hot Shots,” starring Charlie Sheen and Cary Elwes. He starred as Guy Franklin in “Heads” (1993), which reunited him with Tilly, and as Tommy Kazdan in the David Schwimmer vehicle “The Waiter” (1993), as well as made a cameo appearance in Richard Martini's “Cannes Man” (1995). He was perfectly cast as Mark in the indie-comedy “The Pompatus of Love” (1996), which he also co-wrote and co-produced. From 1995 to 1996, Cryer could be found starring with Donovan and Maria Pitillo in the short-lived TV sitcom “Partners.”

Cryer next took the role of Sam Wagner in the Fox “Getting Personal” (1998). Unfortunately for the actor, the show was soon canceled due to poor ratings. In the meantime, Cryer kept busy on the small screen by making a series of guest appearances in such shows as “Dharma & Greg.” On the movie front, he expanded his resume with roles in such projects as the entertaining romance “Plan B” (1997), the Richard Schenkma directed comedy “Went to Coney Island on a Mission From God...Be Back by Five” (1998, also served as co-writer), where he jointly won an Audience Award at the Austin Film Festival for his writing, and the Eddie Murphy vehicle “Holy Man” (1998), in which he memorably playing Barry. At the end of the decade, Cryer offered an outstanding performance as a money-grubbing man in the stage production of “900 Oneonta.”

After voicing Kevin in an episode of the TV series “Family Guy” (2000), Cryer co-starred in the ABC fall sitcom “The Trouble with Normal” (2000), opposite David Krumholtz, Brad Raider and Paget Brewster. The series, however, only lasted for 11 episodes. He went on to land guest spots on a number of TV series, including “The Practice” (2002) and “Becker” (2003), and had voice-over work in “Hey Joe” (2003) and the TNT superhero series “Stripperella” (2003), which was created by Pamela Anderson and Stan Lee. It also in 2003 that Cryer eventually scored television success when he was cast alongside “Hot Shots” co-star Charlie Sheen on the popular CBS sitcom “Two and a Half Men” (2003-present). Starring as Alan Harper, Cryer was handed two consecutive Emmy nominations for Best Supporting Actor in a Comedy Series in 2006 and 2007. Cryer also made his directorial debut with the show's 2007 episode of “Mr. McGlue's Feedbag.” 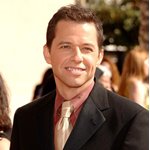 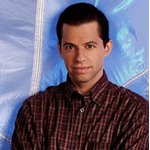 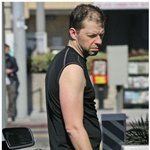 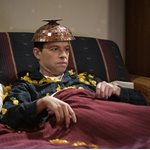 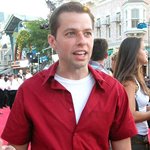 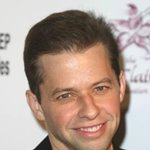 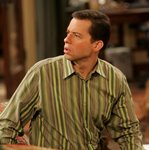 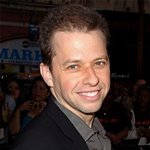