“I took piano when I was eight, and I loved it. I liked improvising on songs I had learned, rather than learning new ones. I got turned on by the piano. My teacher would give me songs to play, simplified classical and pop, and I got off on it.”

John Densmore developed a love for music from an early age. After taking piano, he tried his hand at another instrument and chose the clarinet. Due to medical reasons, however, he was not allowed to touch any reed instruments. He later turned his attention to the drums, the instrument that would later make him renowned throughout the world.

In his teenage years, Densmore was smitten with jazz and became the fan of drummer Elvin Jones, whose redolent, powerful grooves with the John Coltrane band determined a plurality of rock musicians. He also became a regular of the club scene in Los Angeles. Densmore hooked up with guitarist Robby Krieger, and they started writing and playing together in a band named Psychedelic Rangers. Next, Densmore met Chicago-bred keyboardist Ray Manzarek, who at the time was playing in a group called Rick and the Ravens with his brothers and a timid Floridian, Jim Morrison. After Manzarek's brothers left the group, the four boys united and formed the rock group The Doors in 1965.

Densmore found huge success with The Doors. In the group's fertile years between their debut album in 1967 to Morrison's tragic death in 1971, The Doors emerged as one of the most important bands in the history of rock, and differentiated themselves from others with their dark, sonically diverse consciousness and Morrison's creation of the “rock shaman” model. The group's glory were also well verified with their eight gold albums, which Densmore also co-produced and wrote, and their extensive live acts in the USA and the world as well, including Europe and Asia.

After Morrison's untimely demise, Densmore went on to perform with The Doors until the group break up in 1973. In the meantime, in the early 1970s, he also could be seen pursuing a new passion, reggae, before the genre had created a big impact in the U.S. With Krieger, he collaborated in a band called The Butts Band. In late 1970s, the three surviving member of The Doors rejoined for “An American Prayer,” an album of a new music designed to record of the poetry of Morrison. However, by the early 1980s, Densmore had decided to depart the world of rock-and-roll to begin a new career in theater.

After touring as a dancer with Bess Snyder and Co. for two years, in 1984, Densmore made his stage acting debut in “Skins,” a one-act play he had penned, at La Mama Theatre in New York. He went on to perform with Tim Robbins' group, The Actors' Gang, and in 1985 took home an L.A. Weekly Theater Award for the music he made for “Methusalem,” which was helmed by Robbins. Densmore also produced the play “Rounds,” which won a NAACP award for theatre in 1987. He had a small part in “Band Dreams and Bebop” at the Gene Dynarski Theatre in 1988 and then develped and starred in a one-man show from the short story, “The King of Jazz,” at the Wallenboyd Theatre, in the following year. 1992 saw Densmore and Adam Ant share producing credits for “Be Bop A Lula” at Theatre Theatre. He also has acted in a number of TV shows, most remarkably as himself in the show “Square Pegs” (1982), and movies. His film credits include “Get Crazy” (1983), Penelope Spheeri's “Dudes” (1987) and Oliver Stone's biopic “The Doors” (1991), where he was played by actor Kevin Dillon.

In 1993, Densmore and the rest of The Doors members were rejoined for The Door's induction into the Rock and Roll Hall of Fame.

Since then, Densmore, who had authored “Riders on the Storm: My Life With Jim Morrison and The Doors,” an autobiography published in 1990 that was described by The New York Times as “well-written and touching,” has penned articles for The Nation, The Guardian, Rolling Stone and Utne Magazine. He also has tried his hand in making documentary films, including the acclaimed “Juvies and Road to Return.” In addition, he has plunged himself into making music once again. Densmore and his new band, Tribaljazz, released their first album of original work. 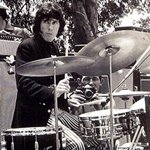 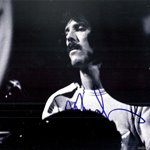 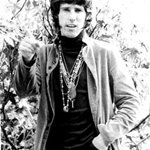 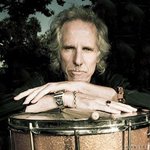 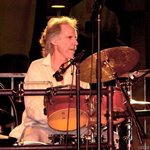