Berkeley graduate John Cho made his first professional appearance in the play "The Woman Warrior," based on the novel by Maxine Hong Kingston. He also made his earliest television appearances with guest roles in a 1997 episode of NBC’s short-lived sitcom "Boston Common" and ABC’s short-lived comedy series "The Jeff Foxworthy Show," in which he played a pizza delivery man.

Meanwhile, Cho was spotted as a guest in an episode of such TV series as the WB Golden Globe-winning primetime drama "Felicity," the syndicated drama starring Pamela Anderson, "V.I.P." (as a flower delivery guy) and the WB supernatural drama "Charmed" (he played a ghost). He also appeared in the made-for-television movie about the legendary golf player, “The Tiger Woods Story” (1998).

During that time, Cho played small roles in Frank Oz's comedy movie starring Steve Martin and Eddie Murphy, “Bowfinger,” as a nightclub cleaner, and Sam Mendes' Oscar-winning drama film starring Kevin Spacey, “American Beauty.” He also guest starred in an episode of the TV series based on the 1960 movie, "The Magnificent Seven."

Entering the new millennium, Cho played a parking valet in Brian Levant's live-action film based on the Hanna-Barbera animated television series, “The Flintstones in Viva Rock Vegas” (starring Mark Addy, Stephen Baldwin, Kristen Johnston and Jane Krakowski) and starred in Trac Vu's 18-minute independent film, “Among Others.” Afterward, he was cast in director Nick Castle's comedy movie starring Anton Yelchin and Albert Finney, “Delivering Milo,” and reunited with directors Paul and Chris Weitz in their remake of the 1978 film “Heaven Can Wait,” “Down to Earth,” starring Chris Rock.

During this time, Cho played the regular role of Chinese deadbeat waiter Chau Presley on the WB/CTV comedy series "Off Centre" (2001-2002), which was heavily promoted as "from the guys who brought you American Pie." He also starred opposite Dan Aykroyd in the television movie “Earth vs. the Spider” (2001), as well as guest starred in an episode of the popular Lifetime crime-drama series "The Division." He then lent his voice to an episode of Disney Channel's animated series "Kim Possible."

More recently, Cho played the lead role of Ivan Throckmorton on NBC’s new comedy series "The Singles Table" (2006-Present), alongside Alicia Silverstone. About the show that centers on five friends who meet at a wedding, Cho said, "Married friends divide the world between single and married. ’The Singles Table' is always so motley and you feel undignified."

Cho will soon be seen in the films “Smiley Face,” a comedy by Gregg Araki starring Anna Faris, “The Air I Breathe,” a romantic crime drama by Jieho Lee starring Forest Whitaker, Sarah Michelle Gellar, Kevin Bacon, Brendan Fraser and Andy Garcia, and “West 32nd,” a crime drama by Michael Kang in which Cho will take the male lead role of John Kim, an ambitious young lawyer who gets mixed up with Korean gangsters in New York City.

Currently, Cho is on set filming his upcoming film, “Harold & Kumar 2,” the sequel to the cult hit “Harold & Kumar Go to White Castle,” in which he will reprise the role of Harold. He will also star alongside Chris Klein and Jared Harris in writer-director Wonsuk Chin's crime/thriller/action movie “Expats,” playing a Korean-Canadian translator. Additionally, he will play the lead in an upcoming made-for-television comedy movie titled “Up All Night.”

Adding to his TV and film roles, Cho has played stage roles in the Singapore Repertory Theatre's production of “Hamlet,” and a variety of shows for the East West Players, an Asian-American theater group based in Los Angeles.

Cho is also a talented vocalist. He is the lead singer for “Left of Zed,” a Los Angeles band composed of former UCB and USC students. They released the album "Furious Bloom" in the summer of 2004.

“With music, I get to feel real ownership with what I do. I write it, I perform it and even if it is crap, it is mine. With acting, you are a small part of the creative process and sometimes it is hard to feel like you are making an impact.” John Cho 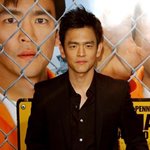 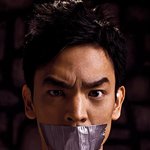 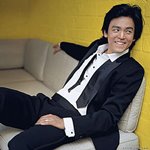 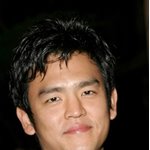 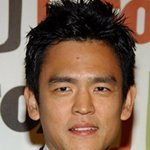 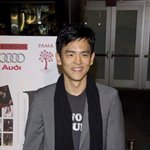 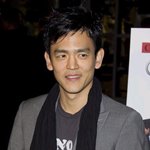 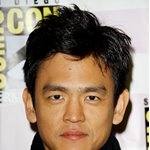