Joe Manganiello (born December 28, 1976) is an American actor.
Manganiello has appeared in Spider-Man, where he portrayed Flash Thompson, and Spider-Man 3, in which he reprised his role from the first film, though in a non-speaking capacity. He has also appeared in numerous television shows, including Jake in Progress, CSI: Crime Scene Investigation, Scrubs, American Heiress ,and How I Met Your Mother. He also appeared in the fifth season of One Tree Hill as Owen the Bartender, a love interest for Brooke Davis. 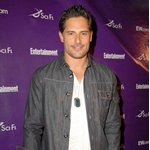 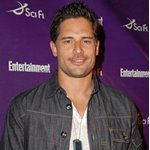