An arresting, dark-haired stunner of 1980s and 1990s continental filming, Joanne Whalley should have made far more of an impact in Hollywood than she did. She was born in Manchester, England and prodded by her parents into acting at an early age, performing in school plays and winning a recurring role at age 10 on the popular long-running British TV serial "Coronation Street" (1960). From there she played series characters on "Emmerdale Farm" (1972) and "A Kind of Loving" (1982), where she became known for playing crafty, precocious girls.

After gaining significant TV status, she auditioned for and was accepted into England's Royal Court Theatre, performing classical ingénue roles in such standards as "The Three Sisters" and earning kudos, including an Olivier nomination. The doe-eyed, beauteous Joanne was a natural for film and received some attention for playing a groupie in Pink Floyd The Wall (1982). She went on to earn critical notice in second lead roles among some pretty heady company including Miranda Richardson and Rupert Everett in the stylish 50s period piece Dance with a Stranger (1985); Ray McAnally in the smart satirical comedy No Surrender (1985); and Anthony Hopkins in the bitter-edged social drama The Good Father (1985). She impressed as well on TV as Young Fan opposite George C. Scott's Ebenezer Scrooge in A Christmas Carol (1984) (TV), and in the superlative epic dramas "Reilly: The Ace of Spies" (1983) (mini), "Edge of Darkness" (1985) (mini) and "The Singing Detective" (1986) (mini), earning a BAFTA nomination for "Darkness."

Joanne moved quickly up the ranks and top-lined her very first film as the protagonist in _Will You Love Me Tomorrow (1987)_ . She carried the movie beautifully as a young unstable woman leaving the security of an institution for the first time. She is fascination itself as her character grows increasingly disillusioned with the harsh realities of everyday life. Her next role as Sorsha would be an extremely important one and the reasons were twofold. The Ron Howard directed fantasy adventure Willow (1988) became not only her first Hollywood picture, but it introduced her to leading man Val Kilmer, whom she fell in love with and married in 1988. Adjusting her own moniker to read Joanne Whalley-Kilmer, she proceeded to pair up with Kilmer playing a con artist in Kill Me Again (1989), and gave a star-making performance as tabloid-making "exotic dancer" Christine Keeler in Scandal (1989), which revisited Britain's huge government-sex scandal of the early 1960s. She was nothing less than (ahem) sensational.

Hollywood beckoned in the 1990s for the new British "bad girl" and Joanne acquiesced. She appeared opposite Hollywood's top-drawer male stars including Charlie Sheen in Navy Seals (1990) and Tom Berenger in Shattered (1991). She also won the coveted but extremely daunting role of Scarlett O'Hara in a TV sequel to "Gone With the Wind." "Scarlett" (1994) (mini) was an ambitious undertaking but understandably paled in originality, scope and central performances. Joanne and Timothy Dalton (as Rhett Butler) were quite admirable in their make-or-break performances but they had large shoes to fill and the drama itself drew rather lackluster reviews. While Dalton's "007" image softened any negative repercussions, Joanne's career momentum suffered. In addition, more adverse publicity occurred when her spotlight marriage to Kilmer ended in the divorce courts in 1996. They had two children: Mercedes (born 1991) and Jack (born 1995).

In later years, she played such prominent leads as Jackie Kennedy Onassis and Queen Mary on both film and TV, but her time had come and gone. The talent of this exceptionally beautiful woman, however, remains intact. More recently she appeared in the movie Played (2006), which also featured ex-husband Kilmer. 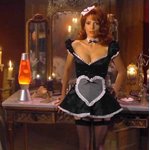 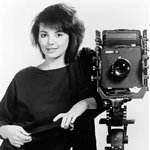 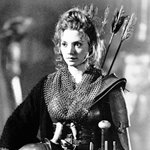 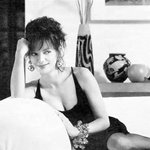 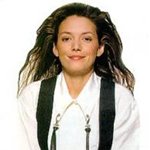 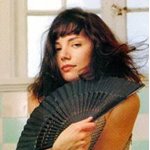 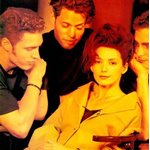 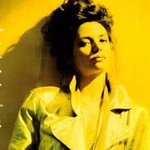