"I was not open to acting. I never saw it as an option. I had no one to influence me." Joanna Cassidy (on giving little or no thought to acting while married).

While following her husband moving to San Francisco, Joanna Cassidy began her career as a print model. And after her marriage ended, and she had bit parts in Peter Yates' 1968 action crime/mystery/thriller Bullitt (adapted from the novel titled Mute Witness (1963) by Robert L. Fish (aka Robert L. Pike)) and Tom Gries' 1970 romantic drama Fools, Cassidy surprised herself and her family by deciding to take a chance and move to Los Angeles.

Meanwhile, TV viewers could catch Cassidy as a regular on the CBS short-lived ensemble of the sketch comedy/variety series "Shields and Yarnell" (1977) and in such now-forgotten fodder as "The Rollergirls" (NBC, 1978), "240 Robert" (ABC, 1979-80) and in the short-lived NBC adventure series "Codename: Foxfire" (1985), in which she played former CIA operative Elizabeth 'Foxire' Towne. In 1984, she was in the spotlight, thatnks to the portrayal of Dabney Coleman's director and on again/off again lover, Jo Jo White, on NBC's superior sitcom "Buffalo Bill" (1983-1984), a role that handed her a Golden Globe Award and an Emmy nomination. Later that year, she was featured in the ABC miniseries "Hollywood Wives."

Back on the small screen, the gifted actress has appeared in numerous TV-movies and miniseries, including "Live! From Death Row" (Fox, 1992), "Barbarians at the Gate" (HBO, 1993, opposite James Garner in the tale of real-life corporate raiders) and "Other Mothers," a 1993 "CBS Schoolbreak Special" (she played the lesbian mother of a teenager). She also played the title character's ex-wife in CBS sitcom starring Dudley Moore, "Dudley" (1993) a show which on lasted for five episodes, and played leading role in CBS nighttime soap "Hotel Malibu" (1994). Also in 1994, she had a recurring role as a judge on three episode story arc of "L.A. Law." From 1999 to 2000, she had recurring role as love interest to Dr. Mark Sloan (Dick Van Dyke) on the CBS mystery "Diagnosis Murder."

Since 2001, Cassidy played Margaret Chenowith, psychiatrist mother of Brenda (played by Rachel Griffiths) and Billy Chenowith (played by Jeremy Sisto), in the acclaimed HBO series "Six Feet Under," a role which earned her an Emmy nomination for Best Guest Actress in a Drama Series in 2006. During that time, she also appeared in the ABC fall drama "Philly" (2001) and had a recurring role, as Beverly Bridge (2006), wife of lawyer Danny Crane (played by William Shatner), on ABC's legal dramedy "Boston Legal."

More recently, Cassidy added to her film-acting resume with some new films like Kevin James Dobson's drama The Virgin of Juarez (with Minnie Driver, Ana Claudia Talancón and Esai Morales) and Trent Cooper's comedy Larry the Cable Guy: Health Inspector (starring Larry the Cable Guy). She will soon be seen playing Sarah Michelle Gellar and Amber Tamblyn's estranged, bed-ridden mother in the 2006 sequel to the 2004 American horror film remake The Grudge, The Grudge 2, by director Takashi Shimizu. She will also costar with James Brolin in writer-director Joe Wehinger's upcoming drama, The American Standards. 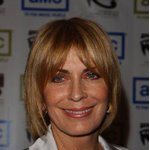 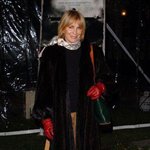 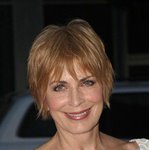 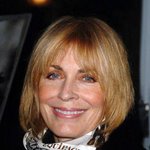