Joan Rivers worked in publicity for a New York department store in the 1950s before deciding to become a serious actress. After studying acting and performing in a few off-Broadway productions, she began doing comedy after an agent suggested it. Billing herself as “Pepper January, Comedy with Spice,” Rivers played seedy clubs and strip joints and then in the early 1960s, she landed a nine-month tenure with the famed Second City improvisational troupe in Chicago. The comedian returned to her homeland of New York City and found work in clubs like Max's Kansas City and The Bitter End in Greenwich Village, in which the only other female comic around was Lily Tomlin. Rivers also wrote for the TV show “Candid Camera” and for other women such as Phyllis Diller and Zsa Zsa Gabor.

“Finally, in 1965, I was promised a shot on 'The Tonight Show.' Six times I showed up and six times they said no. Finally, the seventh time, they said, 'You're on.' I had only a few minutes at the end of the show, but Johnny told me in front of the whole country that I was funny and that I was going to be a star.” Joan Rivers

In 1966, Rivers' career entered a new phase when she made her first of many appearances on the well-liked popular TV show “The Tonight Show starring Johnny Carson.” The same year, she also appeared on another popular show called “The Ed Sullivan Show,” a gig she held until 1970. In 1968, Rivers eventually had the opportunity to headline her own talk show, “That Show Starring Joan Rivers,” although it was considered a failure. Her first screen role also arrived that same year and she portrayed Joan in “The Swimmer,” a drama starring Burt Lancaster. She also continued to perform in clubs and with the support of her husband, quickly emerged as a Las Vegas headliner.

The new decade saw Rivers frequently appear as a guest on various TV comedy and variety shows, including “The Carol Burnett Show,” “The Hollywood Squares” and “The Mike Douglas Show.” She starred in her first Broadway play, 1972's “Fun City,” where she also served as a playwright, co-penned the made-for-TV film “The Girl Most Likely To...” (1973), wrote, directed and appeared in the flop feature “Rabbit Test” (1977), which starred Billy Crystal as a man who gives birth, and was credited as co-creator of the CBS TV series “Husbands, Wives and Lovers” (1978). She lent her writing talent to a nationally syndicated newspaper column distributed by the Chicago Tribune (1973 -1976) and released a successful album of her live stand-up act titled “Can We Talk?” Throughout it all, Rivers stayed in the limelight with her guest host gig on “The Tonight Show” and by 1983, she had been appointed the permanent guest host for Carson on that show.

In 1986, Rivers starred in “The Late Show Starring Joan Rivers” on the Fox Television Network. Unfortunately for her, the show only lasted for a year. When it first aired, Rivers was still on “The Tonight Show.” Carson was so upset by her decision to quit without discussing it with him that Rivers was banned from his show. They never reconciled. On her falling-out with Johnny Carson, Rivers said, “I tried to contact Johnny to reconcile our friendship, a million times, but he just wasn't having it. When he passed away, I felt such a crushing blow that things were still unresolved. Johnny was a dear friend. I wish things would've ended different. This just was not worth it.”

A tragedy struck shortly after the demise of her series. Her husband, Edgar Rosenberg, was found dead after committing suicide. Rivers wrote about her husband's death in two bestsellers published in the 1990s, “Enter Talking” and “Still Talking.” Rivers revisited TV with success in 1989 when she hosted the syndicated daytime talk show “The Joan Rivers Show,” which ran for four year until 1993. For her brilliant effort, Rivers was handed a 1990 Daytime Emmy for Outstanding Talk/Service Show Host.

In 1992, Rivers launched a USA Network weekly series, “Gossip! Gossip! Gossip!” and after the cancellation of her two shows, ventured to a different format with “Can We Shop?” (1994), a flop syndicated semi-version of home shopping. The same year, she starred with daughter Melissa in the NBC television film “Tears and Laughter: The Joan and Melissa Rivers Story” (1994). The film was well-received by audiences.

The following year, Rivers and her daughter began hosting on pre-award show programs for the E! Entertainment TV. Rivers became known to soap fans two years later, in 1997, as Meredith Dunston on several episodes of the NBC series “Another World.” From 1998 to 1999, she played the recurring role of Edie on the popular sitcom “Suddenly Susan,” starring Brooke Shields. She closed out the decade by supporting Jennifer Tilly and Danielle Harris in the independent film “Goosed” (1999).

In 2004, Rivers and her daughter left E! to do the same red carpet duties for TV Guide Network, a gig she kept until Lisa Rinna later replaced her in 2007. Still in 2004, Rivers lent her voice for the animated feature sequel “Shrek 2” and guest starred as herself on the season finale of F/X's series “Nip/Tuck.” More recently, in 2007, she acted in the comedy film “Making Trouble.” 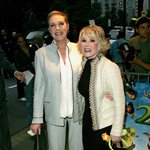 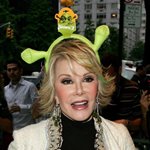 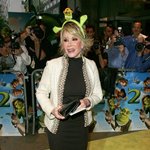 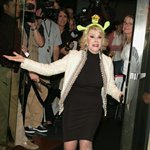 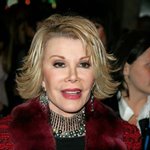 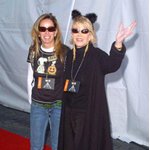 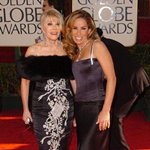 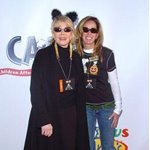