Rowling was born at Yate, South Gloucestershire, England, 19 kilometres (10 mi) northeast of Bristol on 31 July 1965.[1][9] Her sister Dianne (Di) was born at their home when Rowling was 23 months old.[9] The family moved to the nearby village Winterbourne when Rowling was four where she attended St Michael's Primary School,[10] later moving to Tutshill, near Chepstow, South Wales at the age of nine.[9] As a child, Rowling enjoyed writing stories about fantasies, which she often read to her sister. She attended secondary school at Wyedean School and College. Rowling was good with languages, but did not excel at sports and mathematics. There are numerous references to Welsh places, things, and people in Harry Potter, which could be attributed to her time in Chepstow.

After studying French and Classics at the University of Exeter, with a year of study in Paris, she moved to London to work as a researcher and bilingual secretary for Amnesty International. During this period, while she was on a four-hour delayed-train trip between Manchester and London, she developed the idea for a story of a young boy attending a school of wizardry.[9] When she had reached her Clapham Junction flat, she began writing immediately.[9][11]

In December 1990, Rowling’s mother succumbed to a 10-year-long battle with the condition multiple sclerosis.[9] Rowling commented, “I was writing Harry Potter at the moment my mother died. I had never told her about Harry Potter.”[12]

Rowling then moved to Porto, Portugal to teach English as a foreign language.[13] While there, she married Portuguese television journalist Jorge Arantes on 16 October 1992.[14] They had one child, Jessica, who was named after Rowling’s heroine, Jessica Mitford. They divorced in 1993 after a fight in which Jorge threw her out of the house.[9][14][15]

In December 1994, Rowling and her daughter moved to be near Rowling’s sister in Edinburgh, Scotland.[9] Unemployed and living on state benefits, she completed her first novel. She did her work in numerous different cafés (e.g. Nicolson's Cafe and Elephant House Café), whenever she could get Jessica to fall asleep.[9][16] There was a rumour that she wrote in local cafés to escape from her unheated flat, but in a 2001 BBC interview Rowling remarked, “I am not stupid enough to rent an unheated flat in Edinburgh in midwinter. It had heating.” 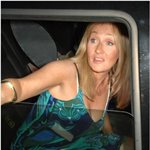 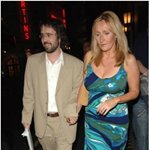