Before starting her professional career in music, Philadelphia native Jill Scott worked in various jobs, including numerous retail positions and a job at a construction site and an ice cream parlor. Shortly after dropping out of school, she joined a local theater troop and after some hard work, landed a spot on the Canadian cast of “Rent.” Concurrently, she began to do poetry readings and befriended some top names in the Philly artistic community, including DJ Jazzy Jeff. However, it was Ahmir “Questolove” Thompson of the hip-hop group The Roots who invited Scott to join his group in the studio and the result of this collaboration was the co-penned song “You Got Me,” which was a Top 40 pop hit in 1999. Performed by Erykah Badu and The Roots, “You Got Me” won a 2000 Grammy in the category of Best Rap Performance by a Duo or Group. Subsequently, she found herself working with other artists like Will Smith, Eric Bennet and Common, as well as working on soundtracks for the Omar Epps-LL Cool J film In Too Deep and Wild, Wild West (both 1999).

A live album, Experience: Jill Scott 826+, which represented Scott's critically hailed live performances and also supplied alternate versions of many songs from her first album, followed in November 2001 and went gold. The same year, she also performed in VH1's Divas Live with Aretha Franklin, but then took some time off to enjoy married life. She wrote the Grammy nominating song “He Loves Me (Lyzel In E Flat)” for husband Lyzel Williams and it was included in Experience: Jill Scott 826+. She stated, “Married life is really good. It's a beautiful thing. I enjoy spending my life with this man. I like him. I like his personality. I like the way he treats his friends. When I'm talking about love, I'm talking about him.”

Scott returned to her studio in 2003 for her new album. Beautifully Human: Words and Sounds Vol. 2, was released in August 2004 and went on to hit No. 1 on the R&B chart and received a Grammy nomination in 2005 for Best R&B Album. She won a 2005 Grammy for Best Urban/Alternative R&B Performance, in acknowledgment of her song “Cross My Mind.” Other singles released from the album included “Golden,” “Whatever” (earned a Grammy nomination for Best Female R&B Vocal Performance) and “The Fact Is (I Need You).”

Also in 2004, Scott could be seen adding to her acting credits by taking on the recurring role of Donna, a lover to main character William Dent, in season four of UPN's “Girlfriends.” She also had a supporting role, opposite Kyra Sedgwick, Regan Arnold and Aidan Quinn, in the Showtime film Cavedwellers. The year also saw Scott perform live with members of The Roots, which later was included in Dave Chappelle's 2006 concert film, Dave Chappelle's Block Party.

The Real Thing, Scott's new studio album, is slated for a September 2007 release. The lead single, “Hate on Me,” received airplay in May 2007.

“All I have to do is be me on stage. But acting, I have to be someone else and walk how they would walk and blink how they would blink. I used to talk about it bad like, 'Aw man, that person made $10 million a movie?' But now I understand why they do. I get it now.” Jill Scott

On the acting front, Scott will have a role in the big screen adaptation of Tyler Perry's stage play, Why Did I Get Married? (2007). She is also scheduled to star in the HBO film The No. 1 Ladies Detective Agency (2008). 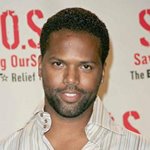 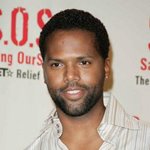 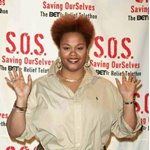 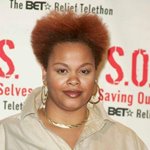 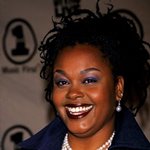