Jerry Mathers started picking up modeling gig when he was two years old, and broke into television shortly thereafter on the “Ed Wynn Television Show.” After uncredited parts in the movies Bob Hope's Son of Paleface (1952) and the Andrew Marton-directed Men of the Fighting Lady (1954), he landed bigger parts in such projects as This Is My Love (1954), opposite Linda Darnell,The Seven Little Foys (1955) and That Certain Feeling, both of which starring Hope, and Alfred Hitchcock's The Trouble With Harry (1955), which starred Shirley McLain and John Forsythe. He also acted in director William Asher's The Shadow on the Window (1975) and the Alan Ladd film Deep Six (1958).

Young Mathers kept himself busy on the small screen by making guest spots on shows like “I Love Lucy” (1953), and then in 1956 he was cast in the role of as all-American kid Theodore “Beaver” Clever in “It's a Small World,” an unsold pilot film that showed up on the syndicated anthology Studio 57. A year later, a heavily revamped and recast “It's a Small World” resurfaced as the weekly comedy series “Leave It to Beaver” with Mathers having the titular character of the youngest son. Premiered on October 4, 1957, the sitcom ran for six full-season until it came to an end in 1963.

Unfortunately, after the demise of the show, Mathers could not sustain his acting career and withdrew from public eye for nearly a decade. During this time, he completed high school, attended college, as well as launched a career in music. Mathers cut two records for A & M Records and toured with his band “Beaver and The Trappers” for three summers. After college, he established a successful career in banking and real estate development. In order to pay for this, he used his savings from his acting career. A member of the 22nd Air Force National Guard, Mathers drove off all speculations of being killed in Vietnam.

In 1978, Mathers resumed his acting career by touring numerous cities for 18 months in the production of “So Long Stanley.” Leading roles in three other plays ensued. In 1983, Mathers reprised his star-making role of Theodore 'Beaver' Cleaver for a reunion TV film, Still the Beaver, which developed into a moderately successful weekly cable series, “The New Leave It to Beaver.” The new show fan for 108 episodes from 1985 to 1989. In 1985, Mathers was handed the Young Artist Special Award for Former Child Star for his work in “Leave It to Beaver.”

When the series ended, Mathers went on to pursue his acting career by making guest appearances in several movies and TV series, including “Diagnosis Murder” (1999). On the movie front, he appeared as an officer in the indie-comedy Down the Drain (1990) and in the thriller Sexual Malice (1994), teamed up with Richard Beymer and Patti Cohoon for the 1998 comedy Playing Patti, and played a Biology teacher in Justin Lin's Better Luck Tomorrow (2002). His more recent credits include the Julie Carmen/Frank Gorshin comedy Angles with Angles(2005), as Mr. Cohiba, and Will to Power (2006), directed/written by and starred David Rountree.

Mathers will star as Mr. Spinner, opposite J.G. Hertzler and Robert O'Reilly, in the upcoming film Douglas: The Christmas Movie, which is slated for December of 2007 release. In June 2007, he started his three-month run as Wilbur Turnblad on the musical production of “Hairspray.” The play marked Mathers' Broadway debut. 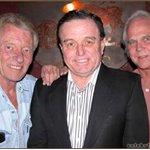 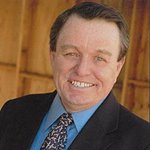 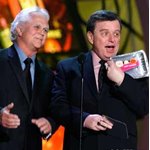