Lewis was born to the poor family of Elmo and Mamie Lewis in Ferriday, Louisiana, and began playing piano in his youth with his two cousins, Mickey Gilley and Jimmy Swaggart. His parents mortgaged their farm to buy him a piano. Influenced by a piano-playing older cousin Carl McVoy, the radio, and the sounds from the black juke joint across the tracks, Haney's Big House,[3] Lewis developed his own style mixing rhythm and blues, boogie woogie, gospel, and country music, as well as ideas from established "country boogie" pianists like recording artists Moon Mullican and Merrill Moore. Soon he was playing professionally.

His mother enrolled him in Southwestern Assemblies of God University in Waxahachie, Texas, secure in the knowledge that her son would now be exclusively singing his songs to the Lord. But legend has it that Lewis daringly played a boogie woogie rendition of "My God Is Real" at a church assembly that sent him packing the same night. Pearry Green, then president of the student body, related how during a talent show Jerry played some "worldly" music. The next morning, the dean of the school called both Jerry and Pearry into his office to expel them both. Jerry then said that Pearry shouldn't be expelled because "he didn't know what I was going to do." Years later Pearry asked Jerry "Are you still playing the devil's music?" Jerry replied "Yes, I am. But you know it's strange, the same music that they kicked me out of school for is the same kind of music they play in their churches today. The difference is, I know I am playing for the devil and they don't."

Leaving religious music behind so far as performing, he paid dues at clubs in and around Ferriday and Natchez, Mississippi. He became a part of the burgeoning new rock and roll sound, cutting his first demo recording in 1954. He made a trip to Nashville around 1955 where he played clubs and attempted to drum up interest, but was turned down by the Grand Ole Opry as he had been at the Louisiana Hayride country stage and radio show in Shreveport. Recording executives in Nashville suggested he switch to playing a guitar. Lewis, even then confrontational, once recalled suggesting to one Nashville producer, "You can take your guitar and ram it up your ass!"

Two years later, at Sun Records studio in Memphis, Tennessee, producer and engineer Jack Clement discovered and recorded Lewis for the Sun label while owner Sam Phillips was away on a trip to Florida. He became a session musician playing piano for Sun artists like Billy Lee Riley and Carl Perkins. As his own career came on the upswing, hits such as "Great Balls of Fire" soon followed, and would become his biggest hit. Watching and listening to Jerry Lee Lewis, Elvis Presley allegedly said that if he could play the piano like that, he'd quit singing. Lewis' early billing was Jerry Lee Lewis and his Pumping Piano.

On December 4, 1956, Presley dropped in on Phillips to pay a social visit while Perkins was in the studio cutting new tracks with Lewis backing him on piano. The three started an impromptu jam session, and Phillips left the tapes running. He later telephoned Johnny Cash and brought him in to join the others. These recordings, almost half of which were gospel songs, survived, and have been released on CD under the title Million Dollar Quartet. Tracks also include Chuck Berry's "Brown Eyed Handsome Man", Pat Boone's "Don't Forbid Me" and Presley doing an impersonation of Jackie Wilson (who was then with Billy Ward and the Dominoes) singing "Don't Be Cruel". In 1957, his piano and the pure rock and roll sound of "Whole Lotta Shakin' Goin' On" (which in 2005 was selected for permanent preservation in the National Recording Registry at the Library of Congress) propelled him to international fame. Lewis' first TV appearance was on The Steve Allen Show July 28, 1957, where he played the song "Whole Lot of Shakin' Going On"

Lewis, though not the first pianist in that style, was a pioneer of Piano rock, not only through his sound but also through his dynamic performance. He would often kick the piano bench out of the way to play standing, rake his hands up and down the keyboard for dramatic accent, and even sit down on the instrument. His frenetic performance style can be seen in films such as High School Confidential (he sang the title song from the back of a flatbed truck), and Jamboree. He has been called "rock & roll's first great wild man and also rock & roll's first great eclectic."These performance techniques have been adopted by later Piano rock artists, notably admirers Elton John, Billy Joel, and Ben Folds. 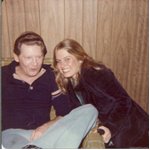 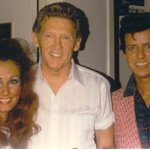