At the age of six, after moving to Chicago with his mother and sister, Jeremy Sisto gained his earliest experiences as an actor. Along with his sister Meadow, he began auditioning for theater roles at age 8 and the two were hired by the Goodman Theatre for a production of Tennessee William's last play, "House Not Meant to Stand." He followed it up with another production, "Galileo," in 1987, in which he received applause for portraying Andrea Sarti, opposite Brian Dennehy. He also worked with Chicago's Absolute Theater Company at the Cherry Street Theater.

After high school graduation, Jeremy moved to Los Angeles and landed the role of Andrew, a mentally challenged teenager with epilepsy, in "The Care and Custody of Barbara Moon" at the Theatre Geo. After appearing in a number of TV commercials and industrial films, he got his first break in 1991 when film director Lawrence Kasdan cast him as Kevin Kline's son in his ensemble comedic crime drama “Grand Canyon,” which also stars Danny Glover and Steve Martin. The next year, he made his television debut on the NBC movie “Desperate Choices: To Save My Child,” opposite Reese Witherspoon.

After appearing as Trey Miller, the hero's cool best friend in Disney's ABC-TV remake of “The Shaggy Dog” (1994), Jeremy landed the lead role of a sexually confused, vulnerable and explosive young man in Carl Colpaert's indie thriller “The Crew,” alongside Viggo Mortensen. The mid 1990s also saw him in his first hit movie, writer-director Amy Heckerling's teen romantic comedy loosely based on the novel "Emma" by Jane Austen, “Clueless” (1995), starring Alicia Silverstone. In the film, he played Elton, one of the boys at school who flirted with Silverstone's Cher. That same year, he also made another film with Silverstone, “Hideaway,” Brett Leonard's adaptation of Dean Koontz's 1992 thriller novel in which he portrayed a serial murderer, and played Gwyneth Paltrow's romantic interest in David Anspaugh's screen version of Ellen Simon's play, “Moonlight and Valentino.”

Meanwhile, TV audiences could catch him on the TNT historical movie based on Jim Bishop’s book, “The Day Lincoln Was Shot,” portraying Frederick Seward, and on NBC’s miniseries "The '60s," as the over-the-edge radical Kenny Klein. He also portrayed the titular role in the CBS Emmy-nominated miniseries "Jesus," for which he had the honor of meeting Pope John Paul II when it premiered in Rome during December 1999. Behind the screen, Jeremy and his friend Ethan Embry produced the film “Taken,” which has not yet been released.

In the new millennium, Jeremy co-starred in Joe Chappelle's film about infamous computer hacker Kevin Mitnick (played by Skeet Ulrich), “Takedown.” Afterward, he joined the cast of HBO's critically acclaimed series, "Six Feet Under," as Billy Chenowith, Brenda's (played by Rachel Griffith) younger brother who is bipolar. He stayed on the award-winning show from 2001 to 2005 and has received Screen Actors Guild Award nominations twice for Outstanding Performance by an Ensemble in a Drama Series.

During his "Six Feet Under" stint, Jeremy played Jennifer Lopez's troubled brother in Luis Mandoki's drama/romance film, “Angel Eyes” (2001) and portrayed "Julius Caesar" (2002) on TNT’s miniseries with the same name. He also starred as a patient diagnosed with Multiple Personality Disorder in Trevor Sands' 8-minute film “Inside” (2002) and played a recently rehabbed crack-addict and the uninvolved boyfriend of Holly Hunter in Catherine Hardwicke's independent film, “Thirteen” (2003), a semi-autobiography based on Nikki Reed's experiences as a thirteen-year-old.

“Amazing. I hope I get to work with her again. She’s such a beautiful person. We laugh about the same things and she works really hard but doesn’t take herself too seriously. She’s exactly what you want a great actress to be and so was the director, Catherine Hardwicke. People say really nice things to me about what I did in that movie (Thirteen) but I really didn’t do anything. I thought about it, worked with Catherine, we came up with some stuff. And once you do, that you really try to come and not be busy with something extra. You truly try to be there because nobody cares about how much work you did, it’s just some strange vanity. The truest matter is adding yourself. Listen, I’m just glad I’m in the game at all. I think about these families all around the world and then look at my life and it’s just absurd. It’s strange.” Jeremy Sisto (on working with Oscar winner Holly Hunter and Catherine Hardwicke in “Thirteen,” 2003)

Also that year, Jeremy co-starred in Rob Schmidt's horror movie “Wrong Turn,” opposite Desmond Harrington and Eliza Dushku, and garnered praise for his performance as the title role in writer-director Brad T. Gottfred's romantic comedy “The Movie Hero,” which won him a Maverick Acting Award at the Cinequest San Jose Film Festival and Best Actor at the Dahlonega International Film Festival. On stage, he returned as a businessman in Andy Hyman's play "Sanguine" at the Second Stage Theater, in Hollywood, California. The next year, in October, he portrayed troubled baseball player Shane Mungitt in LA's Geffen Playhouse production of the play "Take Me Out."

Back to film, Jeremy, who started his own production company called Dima Entertainment in April 2003, co-produced and starred in writers-directors Jeff Renfroe and Marteinn Thorsson's sci-fi feature, “One Point O” (2004), which premiered at the Sundance film festival.

In 2005, Jeremy acted opposite Amanda Peet and Ashton Kutcher in Nigel Cole's romantic comedy, “A Lot Like Love,” and played Baby Face Martin in Sidney Kingsley's play "Dead End" at the Ahmanson Theatre in Los Angeles, California. He also returned as a TV series regular in 2006 on NBC’s drama "Kidnapped" in which he starred as Knapp, an ex-FBI operative turned hostage rescue specialist. Unfortunately, the show was canceled after the fourth and fifth episode aired.

That same year, Jeremy also starred as Willie Evans, opposite Samantha Mathis who played his wife, in the segment "The Fifth Quarter" of TNT’s anthology miniseries based on short stories written by Stephen King, "Nightmares and Dreamscapes: From the Stories of Stephen King." Being asked the reason why he was interested in the script, Jeremy recalled, “They said, 'You want to go to Australia next week?' I said, 'Let me read it.' I really liked how it was written. I was drawn to the inscrutable situation where a character is trying to reunite with his wife and reunite with the free world and become a citizen and a human again. I liked that and then it became this action thing which was written really well. Also, I'm a fan of Samantha Mathis so I was excited to work with her.”

On stage, Jeremy headlined the Broadway production of "Festen," alongside Larry Bryggman, Ali MacGraw and Julianna Margulies. He also participated in the human rights themed production of “Speak Truth To Power.”

As for his upcoming film projects, Jeremy has completed writer-director Damian Harris' drama film, “Gardens of the Night,” alongside John Malkovich, and is currently filming Amy Hobby's comedy, “Sweet Flame,” opposite Mira Sorvino.

Jeremy, who appeared very young in the well-known heavy metal band Twisted Sister's music video for "We're Not Gonna Take It" in 1984, currently has a band and is working on getting an album out. He is the vocalist and guitarist for the band. 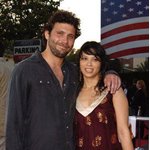 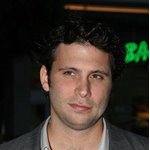 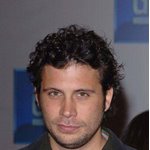 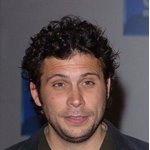