This very English actor began by busking, and then joined the Bristol Old Vic Theatre School His first break came in the musical Godspell, when he played John the Baptist alongside David Essex. Once described as 'the thinking woman's pin up' he has made his name in most notable, thought provoking films such as Dead Ringers (1988) and gained a Golden Globe Award in addition to an Oscar for Best Actor in 1990 for his role as Claus von Bulow in Reversal of Fortune (1990) alongside Glenn Close.Elegant and handsome British lead actor Jeremy Irons was born in Cowes, on the Isle of Wight, which is a small island just off the south coast of England. He trained at the Bristol Old Vic School for two years, then joined Bristol Old Vic repertory company where he gained much experience working in everything from Shakespeare to contemporary dramas. He moved to London in 1971 and had a number of odd jobs before landing the role of "John the Baptist" in the hit musical "Godspell". He went on to a successful early career in the West End theatre and on TV, and debuted on-screen in Nijinsky (1980). In the early 80s, he gained international attention with his starring role in the Granada Television serial adaptation of Evelyn Waugh's classic novel "Brideshead Revisited" (1981), after which he was much in demand as a romantic leading man. He went on to a steady film career.

In 1984, he debuted on Broadway opposite: Glenn Close in Tom Stoppard's "The Real Thing" and, in the mid-80s, he appeared in three lead roles with the Royal Shakespeare Company. For his work in David Cronenberg's Dead Ringers (1988), he won the New York Critics Best Actor Award. For his work in Reversal of Fortune (1990), he won the Oscar for Best Actor. He is married to actress Sinéad Cusack, with whom he appeared in Waterland (1992) and in the Royal Shakespeare Company plays. He appeared with his son Samuel Irons and his father-in-law Cyril Cusack in the film Danny the Champion of the World (1989) (TV).Although the son of a tax consultant, young Jeremy didn't prove very fond of figures. A typical islander, he used to go to England only once a year. He wound up being grounded when his family settled down in Hertfordshire. At the age of 13 he enrolled in Sherborne School, Dorset, where he was very happy as he could practise his favorite sport, horse-riding. Before becoming an actor he had considered a veterinarian surgeon's career. Among his many achievements, his role as Professor Higgins in Loewe-Lerner's famous musical "My Fair Lady" mustn't be forgotten. It was in London, back in 1987. 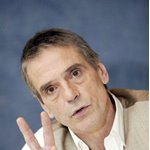 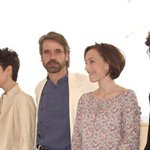 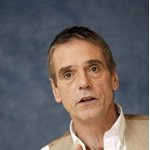 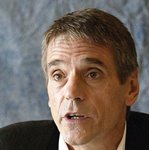 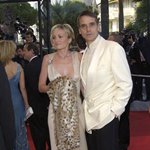 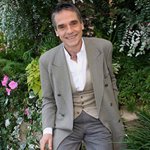 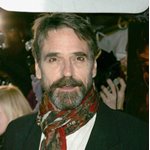 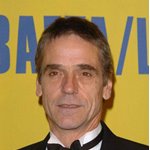