This bright and booming talent is a perfect example of how NOT winning the title of "American Idol: The Search for a Superstar" (2002) can actually be a boon to your career and not necessarily the end of a childhood dream.

Born Jennifer Kate Hudson on September 12, 1981, in Chicago, Illinois, she earned minor attention as one of the twelve finalists (she came in an underwhelming sixth runner-up) on the third season of the amazingly popular FOX reality/talent-search TV series in 2004. Prior to this Hudson grew up singing in gospel choirs. Her relative inexperience included acting in community theater productions, singing on cruise lines and touring for Disney in "Hercules: The Musical". With no formal musical training to speak of, her naturally gospel-tinged belt initially pleased the panel of judges on "Idol". Admittedly, the songs that tested her on the FOX talent show were frequently ill-advised but evidence of her greatness certainly peeked through from time to time. She, along with the other two African-American powerhouse singers, Fantasia Barrino and La Toya London, were promoted as the show's own version of the Dreamgirls and were expected to be the final three standing in the competition when Jennifer was unceremoniously whittled out of the pack. Perhaps her plus size, her lack of viewer popularity, and/or distinct musical style were out of sync with the "American Idol" image. No matter, a brilliant Fantasia won the competition...and, it seemed, all the glory and the fame.

Fast forward: Hudson played out the "American Idol" summer tour and held on to her "15 minutes" of fame as long as possible by performing on the road in concerts for the next two years. What seemed like an eventual road back to obscurity, she found her way into the auditioning room for the coveted role of Effie Melody White, the cast-off member of a popular 60s Supremes-like girl group in the long-awaited film version of the esteemed Broadway musical "Dreamgirls". Among Jennifer's competition of over 750 hopefuls was Fantasia herself. This time Jennifer was the winner...and she was even ordered to gain weight for the role. With the insurmountable task of taking over a role so indelibly identified with the original Effie on Broadway, the Tony-winning legend Jennifer Holliday, the making of Dreamgirls (2006) for Jennifer Hudson could only have been described as daunting, surreal and thrilling -- with the word "daunting" certainly an understatement.

In a make-or-break role of a lifetime, Hudson no longer has to play second fiddle to anyone. Her film bow in Dreamgirls (2006) has got to be one of the most triumphant musical film debuts since Barbra Streisand in Funny Girl (1968). In no way is her performance a shallow, wannabe imitation of the great Holliday. Hudson not only makes the role her own in both acting and musical intensity, but she delivers the same heart-breaking, gut-wrenching one-two punch that made Holliday the toast of Broadway in 1981. Hudson's rendition of "And I Am Telling You I'm Not Going" has spurred out-of-the-seat standing ovations, a rarity in film houses. To outshine Beyoncé Knowles and Eddie Murphy is no easy task but Hudson, with all due respect to the phenomenal other talents involved in this prize-worthy film (including Murphy's major comeback turn), is THE heart and soul of the movie. She copped the National Board of Review (for "Breakthrough Performance"), New York Film Critics Award, Phoenix Film Critic's Society Award, Golden Satellite Award, Golden Globe Award, the British Film Award and, finally, the coveted Oscar itself to complete the fairy tale ending. While some may quibble about her placement in the "Supporting Actress" category, no one can deny the deserving of such accolades. In the future there will no doubt be recording work, concerts and Broadway...and, hopefully, more films. Her real-life Cinderella story has just begun. The late, tragic Supreme Florence Ballard, on whom the Effie character is so obviously based, would be very inspired indeed to see Jennifer Hudson's meteoric rise from reality-show underachiever to full-fledged musical star. 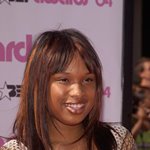 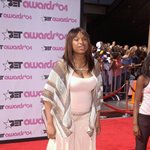 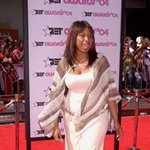 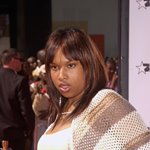 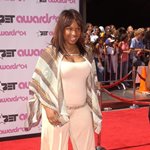