Jena Malone is an up-and-coming actress who has numerous accomplishments despite her young years. She is growing into being a substantial presence in the movie industry.

Beginning as a child actress, and now stepping up to roles as a young adult, Malone's career path has been compared to that of Jodie Foster, herself a former child actress and who has co-starred with Malone in two movies. Jena is often described as having a maturity beyond her years and, in her career thus far, she has often tackled roles that are difficult and are not standard fare for actors her age.

Malone's first claim to fame was in performing the title role in Bastard Out of Carolina (1996) for which she won the Young Artist Award, and which she filmed when she was merely ten years old. This movie dealt with issues of child abuse, violence and sex. Jena has said in later interviews that this movie and her participation in it continue to influence her life substantially.

Showing self-assurance and a clear vision of personal goals from an early age, Jena, at age 14, was encouraged to try out for Air Force One (1997), a movie that was virtually guaranteed to be a success since box-office king Harrison Ford was cast in the lead, but Jena said she'd prefer to seek other roles that were of more interest to her.

In the following years, Malone appeared in several made-for-TV movies for which she won or was nominated for many awards. In 1997, she lucked in to being cast in the blockbuster Contact (1997) where she portrayed the child version of Jodie Foster's lead character. Foster stated that she built her character by mimicking Jena. And, in 1998, Jena was cast in the major film Stepmom (1998) where she co-starred with Julia Roberts, Susan Sarandon and Ed Harris. Jena was given what was likely the best line in that movie where her character, bitter over her parents' divorce, confronts her father who has returned home briefly; at a moment of crisis, her dad orders her to never abandon her mother, and the rueful Malone exclaims "No -- that's YOUR job".

Also, in 1998, Malone appeared in a two-part episode of the critically acclaimed TV series "Homicide: Life on the Street" (1993). Contrary to what might usually be expected of a teenage actress, in this episode, Jena played the complex role of the perpetrator of a crime, which she portrayed with subtlety.

At age 15, Jena was legally emancipated and thus took direct control of her finances and her career. Malone began getting more attention and acclaim in her next set of films: the artistic cult film Donnie Darko (2001); the teenage journey The Dangerous Lives of Altar Boys (2002) where she again co-starred with Jodie Foster; and the satirical Saved! (2004) which debuted Jena as the lead in a movie.

Jena has expressed an interest in directing some day, and so she is preparing for roles behind the camera as well as in front. In 2002, she co-produced American Girl (2002/I) while also starring in it. And, in 2003, she undertook a formal study of photography.

In early 2006, Malone debuted on the Broadway stage in the play "Doubt". A review by Broadway.com characterized her performance as "astonishing".

Many people in Hollywood have jobs as actors. Watch for Jena Malone. She is an artist. 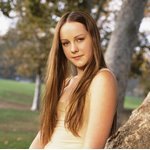 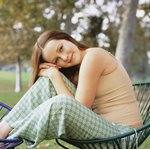 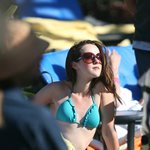 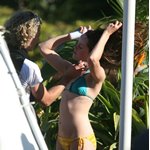 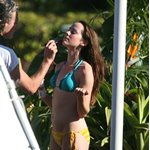 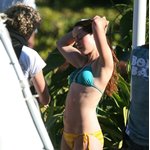 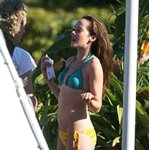 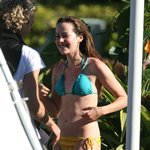