Javier Hernandez is a Mexican footballer who plays as a forward for English Premier League club Manchester United and the Mexican national team. Hernandez plays with his nickname, Chicharito (Spanish: little pea), on his shirt. He previously played for the Mexican club Guadalajara, before becoming the first Mexican player to join Manchester United. Hernandez made his debut for Mexico in September 2009 in a match against Colombia. He has also represented them at the 2010 FIFA World Cup and the 2011 CONCACAF Gold Cup.

Hernandez began playing with Chivas' lower division team, Chivas Coras in Tepic, Nayarit in the 2005–06 seasons. He made his debut for Chivas in the 2006 Apertura in a win over Necaxa at Estadio Jalisco. With the score at 3–0, Hernandez came on as a substitute for Omar Bravo in the 82nd minute, before scoring the fourth goal of the game five minutes later. It was his only goal in seven appearances in 2006–07. He made a further six appearances in 2007–08 without scoring. Hernandez made ten appearances in the 2008 Apertura without scoring, but he scored four goals in fifteen appearances in the 2009 Clausura. In the 2009 Apertura, Hernandez finished as the joint-third top scorer, with eleven goals in seventeen appearances. He started the 2010 Torneo Bicentenario with eight goals in five games. He finished as a joint-leader in the goalscoring chart for the 2010 Torneo Bicentenario, with ten goals in eleven games and after spent 5 matches without playing because an injury he suffered. On 30 September 2009, Hernandez made his debut for Mexico against Colombia, where he made an assist in a 2–1 loss. On 24 February 2010, Hernandez scored two goals against Bolivia and had an assist for Braulio Luna's goal. On 3 March, Hernandez scored a header against New Zealand, giving Mexico the lead in a 2–0 victory. On 17 March, Hernandez scored his fourth international goal to give Mexico a 2–1 victory over North Korea.

On 22 June 2011, he helped Mexico reach the Gold Cup Final after a 2–0 win over Honduras in extra-time, where he scored Mexico's second goal in the 99th minute. Hernandez was the Gold Cup's top scorer with seven goals and was named the most valuable player of the tournament, in addition to helping his team to a 4–2 victory in the Final against the United States. 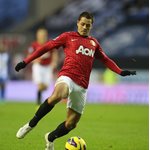 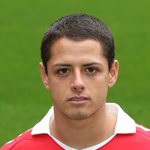 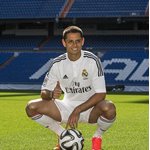 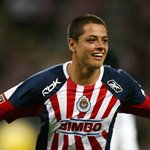 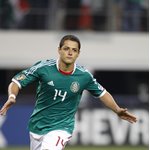 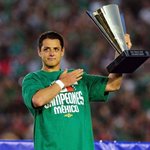 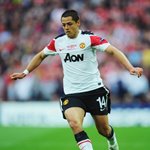 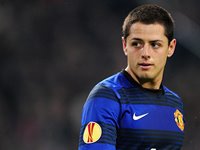 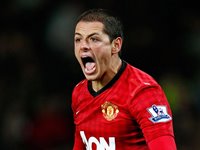 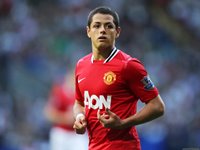