12-year-old Jason Schwartzman had his first taste of show business as a production intern for the comedy film Bed & Breakfast (1992), produced by his father and starring his mother. A year later, he tried his hand in acting and auditioned for the role of Tom Hanks’ matchmaking child in Sleepless in Seattle. Unfortunately, the role went to Ross Malinger. Undaunted, young Schwartzman went on to pursue his other passion, music. The grandson of Academy Award-winning composer Carmine Coppola then formed a pop rock band in 1994 called Phantom Planet where he served as a drummer and songwriter. With his group, he released a debut album, Phantom Planet Is Missing, with Geffen Records in the late 1998s.

Shortly after, Schwartzman enjoyed success as an actor with his debut film, Rushmore (1998), directed by Wes Anderson and written by Anderson and Owen Wilson. In the comedy, he starred as Max Fischer, a homely 10th grader who befriends a miserable local factory worker, Blume (played by Bill Murray) and falls in love with an older woman, Ms. Cross (played by Olivia Williams), a recently widowed teacher. Delivering a bravura performance, the actor was handed a YoungStar for Best Performance by a Young Actor in a Comedy Film and a Lone Star Film & Television for Best Actor, as well as received a Teen Choice nomination for Film - Choice Hissy Fit and a Chicago Film Critics Association nomination for Most Promising Actor.

After the victory, Schwartzman kept a low profile and spent time with his band. He also took on small, odd roles in television, including his guest stint as a greasy fake-ID dealer, Howie Gelfand, in the NBC short-lived series “Freaks and Geeks” (2000). His next film, Slackers, an anti-high school comedy costarring Devon Sawa and Jason Segel, was originally set for release in 2000, but was postponed to 2001 and again to early 2002. He also appeared in the Cannes-screened CQ (2001), the directorial debut of cousin Roman Coppola, and found himself acting with Al Pacino and Winona Ryder in the sci-fi film Simone (2002).

In August 2003, after scoring the hit single “California” with Phantom Planet, which became the theme song for the popular Fox melodrama “The O.C.,” Schwartzman announced he was leaving his band to concentrate on his acting career. This effort paid off when he made a huge impression for playing a role on the critically applauded Spun (2003). The same year, he also starred as a 1960’s teenager living with his blasphemous, eccentric mother in actor Joe Pantoliano’s directorial debut, Just Like Mona.

Next, Schwartzman had a lead opposite Dustin Hoffmann, Jude Law and Naomi Watts in writer-director David O. Russell’s I Heart Huckabees (2004), as a bothered rival named Albert Markovski, supported Will Ferrell and Nicole Kidman in the remake of Bewitched (2005), playing Ferrell’s deeply focused, truth-impaired Hollywood agent, as well as costarred with Steve Martin and Claire Danes in Shopgirl (2005), based on Martin’s bestselling novella of the same name. The latter project saw him as Ray, an unrefined, not-so-flourishing bachelor who vied with an affluent sophisticate (played by Martin) for the love of a Beverly Hills glove salesgirl (played by Danes). Meanwhile, on the small screen, he made his debut as a series regular with a role as a student who moves into a Beverly Hills family’s guest house on the Mike White-created “Cracking Up” (2004). The Fox sitcom, however, was cancelled after only nine episodes. In 2006, he shared top billing with Kirsten Dunst for the Oscar winner Marie Antoinette, directed by Sofia Coppola. Additionally, he contributed to Ben Lee’s 2005 album Awake Is The New Sleep.

In 2007, multi-talented Schwartzman created the pop/rock solo act Coconut Records and released a first CD on March 20 on iTunes. It contains such songs as “Nighttiming,” “West Coast” and “This Old Machine.” He also still composes music for several movies. On the movie front, he has three upcoming projects. He will rejoin director Wes Anderson for the biopic The Darjeeling Limited (2007), costarring Natalie Portman, Owen Wilson, Adrien Brody and Anjelica Huston, and star with Ben Stiller in the comedy The Marc Pease Experience (2008). He is also set to team up with George Clooney and Cate Blanchett for Anderson’s animated feature The Fantastic Mr. Fox (2008). 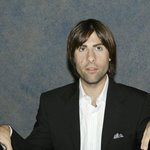 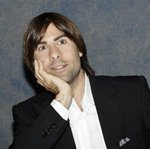 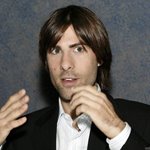 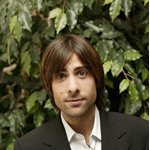 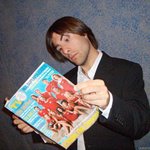 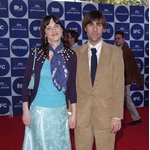 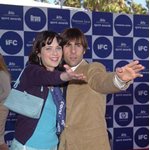 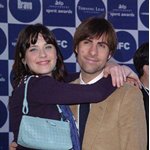