Jason Greenspan adopted the stage name Jason Alexander while still in high school in New Jersey. He was soon appearing in Broadway plays and movies, then in the hit TV series, "Seinfeld" (1990), from 1990 to 1998. Alexander also directs and produces films.Newark-born Jason Alexander was regularly cast in starring roles in high school productions due to his strong stage charisma. He made his professional stage debut at age 17 with the children’s theater special “The Pushcart Players: Feelings and Friend” (1977), and appeared in a number of TV commercials while in college. His early break arrived in 1981 when he landed jobs in the CBS television film Senior Trip and the horror movie The Burning, starring Brian Matthews and Leah Ayres. The same year, he also hit Broadway for the first time in Stephen Sondheim’s musical “Merrily We Roll Along,” starring as a Broadway producer. The play, however, was a failure.

Undaunted, Alexander resurfaced on Kander and Ebb’s “The Rink” (1984), a musical co-starring Chita Rivera and Liza Minnelli, and Neil Simon’s autobiographical play “Broadway Bound” (1986). His hard work eventually paid off when he was handed a Tony for Best Actor in a Musical for starring as the narrator and playing multiple roles in the Broadway revue “Jerome Robbins’ Broadway” (1989). Meanwhile, on the small screen, he became more famous although his sitcoms, “E/R” (CBS, 1984-1985), which starred Elliott Gould, and “Everything’s Relative” (CBS, 1987), both of which had short lives. Alexander also could be seen returning to the big screen after five years in Peter Weir’s The Mosquito Coast (1986), as a hardware store clerk.

The actor experienced his biggest breakthrough when he nabbed a regular role on the award-winning NBC comedy series “Seinfeld,” which ran from 1990 to 1998. As George Costanza, the disturbed ne’er-do-well best friend of Jerry Seinfeld, he won two American Comedy awards for Funniest Supporting Male Performer in a TV Series (1992 and 1993) and shared three SAGs for Outstanding Performance by an Ensemble in a Comedy Series (1995, 1997 and 1998), as well as snatched numerous award nominations, including eight Emmy nominations for Outstanding Supporting Actor and four Golden Globe nominations for Best Performance by an Actor in a Supporting Role in a Series, Mini-Series or Motion Picture Made for TV.

While working on the hit show, Alexander also kept busy pursuing other projects. After having an important supporting role in the hit comedy romantic Pretty Woman (1990), as a dodgy attorney named Philip Stuckey, he landed his first starring role in a feature, the sleeper I Don’t Buy Kisses Anymore (1992), costarred as Elijah Wood’s biological father in Rob Reiner’s North (1994), and appeared with Michael Keaton, Robert Duvall and Glenn Close in the Ron Howard-directed The Paper (1994), where he played the parking commissioner. He also portrayed the appealing and pleasant Albert in the television film version of Bye, Bye Birdie (1995), was featured as an anti-environmentalist in the Cameron Diaz vehicle The Last Supper (1995) and starred as the hotel manager in the comedy Dunston Checks In (1996). The next year, he had a leading role as an HIV-positive man in the ensemble film Love, Valour, Compassion, based on the Terrence McNally’s Tony Award winning play.

Alexander also did voice acting and launched himself as a director. Making his debut as a voice actor in the puppet series “Dinosaurs” (ABC, 1991-1993), he then provided the vocals for the ill-behaved title character of the USA Network well-liked and witty animated show “Duckman” (1994-1997) and the gargoyle Hugo in Disney’s box office hit The Hunchback of Notre Dame (1996). Behind the camera, he made his directorial debut with a 1992 episode of “Seinfeld,” and four years later, went on to direct his first feature, For Better or Worse, where he also costarred with Lolita Davidovich and James Woods.

After the demise of “Seinfeld,” the performer’s voice could be heard as Elf in the television film Jingle Bells (1999), Madeline’s Uncle Henri Horst in the animated movie Madeline: Lost in Paris (1999) as well as the evil Catbert in an episode of the cartoon series remake of the comic strip “Dilbert” (2000). He also acted in the festival screened Love in Action in Chicago (1999), but was most known at that time for his directorial effort in the independent film Just Looking. The comedy/drama about a 1950s typical 14-year-old boy from the Bronx was screen at the Hamptons Film Festival in 1999.

Next, Alexander costarred with Rene Russo as Boris Badenov on the live action-animated The Adventures of Rocky and Bullwinkle (2000), where he was nominated for a Saturn for Best Supporting Actor, starred in the based-on-Children’s book animation The Trumpet of the Swan (2001) and in the sport-themed comedy On Edge (2001). The same year, he also appeared as himself in episodes of “Seinfeld” creator Larry David’s HBO series “Curb Your Enthusiasm,” earned notice as the likewise shallow chum of Jack Black in the movie Shallow Hal as well as returned to series TV as the star of the failed ABC sitcom “Bob Patterson.” In 2003, he found himself revisiting the stage in the Los Angeles production of “The Producers,” in which he starred as Max Bialystock, and serving as the executive producer of the action film Agent Cody Banks, which starred Frankie Muniz in the title role.

From 2004 to 2005, Alexander played Tony Kleinman on the soon-cancelled CBS comedy series “Listen Up.” After the unsuccessful attempt, he guest starred as Marty Eels in an episode of the Tony Shalhoub comedy vehicle “Monk” (2005) and in 2006, costarred as Dr. Morris Saperstein in the comedy film Ira and Abby. He then appeared in Snoop Dogg’s Hood of Horror as well as starred with Alison Eastwood and Ron Perlman in the based-on-play How to Go Out on a Date in Queens. More recently, he appeared in The Grand (2007), an improvisational comedy focusing on several actors involved in an actual poker tournament. 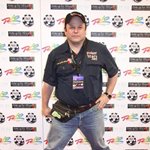 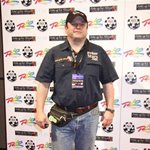 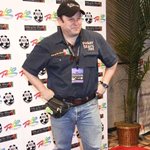 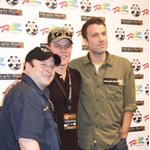 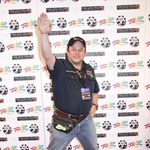 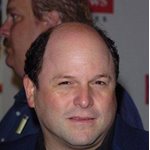 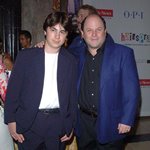 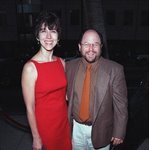 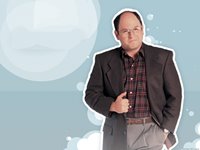 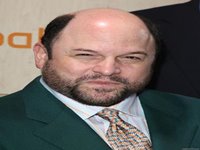 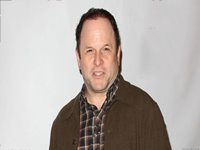 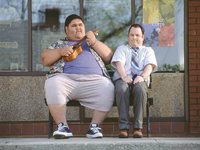