She began competing on the ITF Circuit just days after her fourteenth birthday in late April 2001, and that year entered three ITF tournaments, winning two matches and losing three. In 2002, she again entered only three tournaments, but this time won four matches and lost three.

Early in 2003, still aged fifteen, she stepped up her schedule, and that February she reached the semi-final of a $25,000 tournament at Redbridge, stunning an all-star cast of Severine Beltrame, Sandra Kloesel and Roberta Vinci before bowing out to Olga Barabanshikova. The very next tournament she entered, her third of the year and only the ninth of her career, she won outright. It was the $10,000 event at Rabat in March; and in the semi-final she notably thrashed future Top-100 star Ekaterina Bychkova for the loss of just one game. On the strength of this result, she found herself wild-carded into qualifying for her first WTA Tour event, a clay-court tournament at Budapest in April, and justified the wild-card by vanquishing all three of her adverseries in the qualifying draw, including Melinda Czink, in straight sets, then ousting future Top-50 player Virginie Razzano of France in the second round of the main draw, before finally losing 4-6 3-6 to future Top-10 player Alicia Molik of Australia.

The fifteen-year-old wonder had started her first year of extensive competition as she meant to continue; and on her sixteenth birthday she entered qualifying for a $50,000 ITF event on grass at Gifu, Japan. Again, she qualified, defeating Aiko Nakamura of Japan in the qualifying round; and she reached the second round of the main draw before losing to another top Japanese player, Akiko Morigami. The very next week, she came through three straight matches in qualifying at her third successive event, another Japanese $50,000 grass-court tournament, at Fukuoka, defeating Sanda Mamic of Croatia in the qualifying round, before advancing to the quarter-final of the main draw after an impressive second-round victory over Zheng Jie of China, only to lose to Saori Obata.

Playing two $25,000 tournaments in Italy in June, Gajdosova had the misfortune to meet two excellent players in only the second round of each, in the forms of Martina Sucha and Catalina Castano; and though she took a set from the Colombian, it was not enough to spare her defeat. Unperturbed, she headed to the U.S. Open in August, and reached the final round of qualifying with a shock win over Anabel Medina Garrigues of Spain, but ultimately lost to Aniko Kapros of Hungary. Her season ended with two more disappointing losses in the later stages of qualifying draws at WTA events to excellent players; and though Stephanie Foretz of France needed two tie-breaks to see her off at Luxembourg, it was a more one-sided affair in a repeat meeting with the in-form Kapros at Philadelphia, who prevailed 6-2 6-2. Despite the frustration of these losses late in the season, the sixteen-year-old Slovak had soared from virtually nowhere into the World Top 200, ending the year ranked #197.

In 2004, Gajdosova could achieve only parity with her superlative previous year. She crossed ties with a host of more experienced players as she focused her attention mostly on the WTA Tour events and the top-level ITF events, and understandably failed to beat such stars as Gisela Dulko at Memphis in February, Marta Marrero at Indian Wells in March, future Top-20 star Ana Ivanović in the semi-final at Gifu and again in the final at Fukuoka (though she took her to three sets both times), Jelena Janković at Filderstadt in October, and Russian rising star Elena Vesnina in qualifying at Quebec City. She also suffered a stark patch of results over the summer, with six successive losses between August and October to players most of whom she would be capable of beating when on her best form. But still, earlier in the season she scored impressive wins over Lilia Osterloh and Tzipora Obziler in qualifying for Memphis, Akiko Morigami and Tiffany Dabek at Fukuoka, Zuzana Ondraskova in Wimbledon qualifying, and Elena Baltacha in a $50,000 ITF event at Lexington, while her performance in reaching the final of the $50,000 event at Fukuoka was her career-best in a tournament of its class. All in all, although unlike the previous year she had not won any events outright, her year-end ranking of 217, down just 20 year-on-year, was nothing to be ashamed of for a 17-year-old; and as the following year would prove, far from having peaked early, her promising young career was just beginning to take off.

In February 2005, she qualified for the annual WTA Tour event at Hyderabad, and beat Li Ting of China in the first round of the main draw before losing to Anna Lena Groenefeld of Germany. She did not play in March or April, but returned in May to win her first $25,000 ITF event and her second career tournament on the clay of Catania, Italy, beating Ivana Abramovic of Croatia in the final. The following week, she reached the quarter-final of another $50,000 event at Saint Gaudens, France, beating Argentine star Maria-Emilia Salerni and French player Pauline Parmentier to this end. She entered qualifying at the French Open, and defeated Shikha Uberoi but lost to on-form Swede Sofia Arvidsson in the second leg.

Over May and June, the Slovak eighteen-year-old suffered two consecutive losses in $25,000 tournaments to the rapidly advancing Chinese player Yuan Meng. But in Yuan's absence from her path, she was able to win her second $25,000 tournament of the year and third career title on the grass courts of Felixstowe in July, beating Katie O'Brien of Great Britain in the semi-final and Alla Kudryavtseva of Russia in the final. The following week, she remained on form, reaching the semi-final of the $50,000 event at Vittel, France, with wins over veteran German star Jana Kandarr and her younger but nonetheless competent countrywoman Sandra Kloesel.

For the second successive summer, she then experienced a rough patch of results, with several consecutive early defeats, including another loss to Elena Vesnina and some surprising losses to little-known players. But in late September she pulled her form together again to defeat both established Top-100 player Alona Bondarenko and her younger, rapidly improving sister Kateryna Bondarenko, and Maria-Emilia Salerni of Argentina to qualify for the WTA event at Luxembourg, in the first round of which she then vanquished her highly experienced countrywoman Katarina Srebotnik in two close sets before losing to young Russian star Dinara Safina. October's results were less satisfactory, and she did not play towards the end of the year. However, despite the inconsistency of her results in the second half of 2005, with flashes of brilliance she had still improved her year-end ranking to a personal-best 147th.

Early in 2006, she enjoyed a welcome return to some of her best form, and notched up some highly auspicious results, propelling her onwards and upwards towards the psychologically significant watershed into the world's Top 100. After being drawn in a fiercely competitive segment of the qualifying draw for the WTA Tour event at Gold Coast, she defied expectations in defeating three excellent players, Ivana Lisjak, Vilmarie Castellvi and Varvara Lephencko, all three matches running to a deciding set, to battle her way into the main draw, whereupon she continued by ousting Italian Tathiana Garbin in another three-setter, before finally coming a cropper in her fifth consecutive three-set match, when up against the brilliant young Czech Lucie Safarova. Tellingly, it was the only match of the tournament in which Safarova, who went on to win the entire event, dropped a set.

The 18-year-old Slovak should have felt very pleased with this performance. She followed it up by coming through a slightly easier qualifying draw to gain entry to her first Grand Slam main draw at the Australian Open. Unfortunately she then lost a close three set first-round match to Martina Müller of Germany. But the ranking points accrued were sufficient to lift her to a career-best world ranking of 117th on February 6, 2006.

Staying in Australia for the rest of the month, she retreated temporarily to the ITF circuit, winning two $25,000 tournaments in consecutive weeks, at Gosford and Sydney, the fourth and fifth ITF singles titles of her young career. Granted, her opponents were not in the same league as those she had faced in January; but this was a canny move enabling her to pick up more useful ranking points, and although her previous year's points from Hyderabad were undefended she found herself rewarded for these two minor tournament victories with a further eleven-place rise to 106th.

Now surely the World Top 100 must be in the sights of this talented teenager before 2006 is through? She certainly does not lack the ability, but will her results stand up to that promise? When it comes to making that happen, though fate and draws will always have a role to play, the ball is very largely in her court. 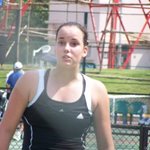 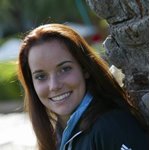 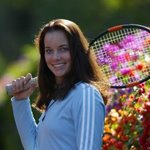 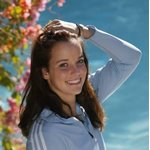 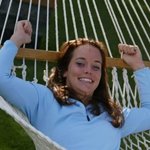 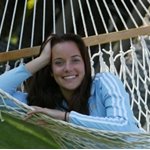 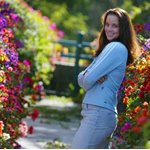 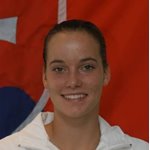