James Woods grew up in Warwick, Rhode Island, USA, where he graduated from Pilgrim High School in 1965 near the top of his class. Afterwards, he attended the Massachusetts Institute of Technology, in Cambridge, Massachusetts, USA. He dropped out to pursue his acting career shortly before his scheduled graduation in 1969.Leanly built, strangely handsome actor-producer-director with intense eyes, swarthy complexion, and a sometimes untrustworthy grin has been impressing audiences for over three decades with his compelling performances. The son of a US Intelligence officer, he earned a scholarship to the Massachusetts Institute of Technology, completed a degree in political science, and then headed off to New York to pursue aspirations to appear on the stage. After appearing in a handful of New York City theater productions, Woods scored his first film role in All the Way Home (1971) (TV) and followed that up with meager supporting roles in The Way We Were (1973) and The Choirboys (1977). However, it was Woods cold blooded performance as the cop killer in The Onion Field (1979), based on a Joseph Wambaugh novel, that seized the attention of cinema-goers to his on-screen power.

Woods quickly followed up with another role in another Joseph Wambaugh film adaptation, The Black Marble (1980), as a sleazy and unstable cable-TV-station owner in David Cronenberg's mind-bending and prophetic Videodrome (1983), as gangster Max Bercovicz in Sergio Leones mammoth epic Once Upon a Time in America (1984), and scored a best actor Academy Award nomination as abrasive journalist Richard Boyle in Oliver Stones gritty and unsettling Salvador (1986).

There seemed to be no stopping the rise of this star as he continued to amaze cinema-goers with his remarkable versatility and his ability to create such intense, memorable characters. The decade of the 1990s started off strongly with high praise for his role as Roy Cohn in the TV production of Citizen Cohn (1992) (TV). Woods was equally impressive as slimy hustler Lester Diamond who cons Sharon Stone in Casino (1995), made a tremendous H.R. Haldeman in Nixon (1995), portrayed serial killer Carl Panzram in Killer: A Journal of Murder (1996), and then as accused civil rights assassin Byron De La Beckwith in Ghosts of Mississippi (1996).

Not to be typecast solely as hostile hoodlums, Woods has further expanded his range to encompass providing voice-overs for animated productions including Hercules (1997), Hooves of Fire (1999) (TV), and Stuart Little 2 (2002). Woods also recently appeared in the critically praised The Virgin Suicides (1999), in the coming-of-age movie Riding in Cars with Boys (2001), as a corrupt medico in Any Given Sunday (1999), and in the comedy-horror spoof Scary Movie 2 (2001). A remarkable performer with an incredibly diverse range of acting talent, Woods remains one of Hollywood's outstanding leading men. 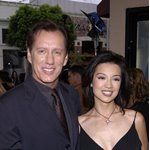 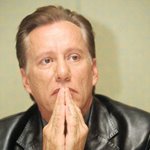 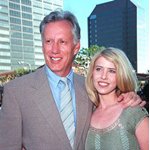 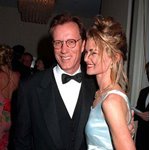 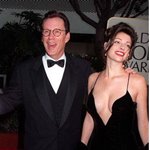 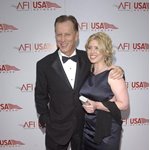 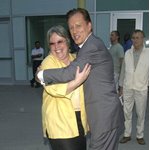 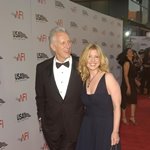