James Curtis Wilder (born May 12, 1958 in Sikeston, Missouri) is a former professional American football player who was a running back in the National Football League from 1981 to 1990.

Wilder was selected by the Tampa Bay Buccaneers in the 2nd round of the 1981 NFL Draft. After sharing the backfield as a rookie with Jerry Eckwood in 1981, the Buccaneers released Eckwood in favor of Wilder prior to the 1982 season [1]. He played for most of his career with Tampa Bay, and was a Pro Bowl selection in 1984. Wilder almost set an NFL record that season for combined rushing and receiving yards in a season finishing 16 yards short with 2,229. He ranks first in Buccaneer history in rushing yards and receptions and even set an NFL record with 43 carries in a single game in 1983 and an NFL record in 1984 with 492 rushes and receptions in a single season.

Wilder played his high school ball at Sikeston High School where he set school records in career rushing yards and single season rushing yards. He led the Bulldogs to an undefeated season in 1976, his senior year with the team.

Wilder went on to star at the University of Missouri where he led the Tigers to three bowl games and became known as the "Sikeston Train" and one of the most popular players for the program. 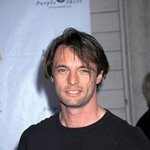