A native of Stillwater, Oklahoma, James Marsden wanted to become an actor after meeting Tiger Beat cover boy Kirk Cameron and his actress sister Candace Cameron Bure while their families were vacationing at the same hotel in Hawaii in 1991. He then quit college and headed for Los Angeles to give acting a try. Arriving in Hollywood in 1992, Marsden soon landed guest roles in such series as “Saved by the Bell: The New Class” (1993), “The Nanny” (1993), and received a bit part in the NBC drama In the Line of Duty: Ambush in Waco (1993), before being seen in the low-budget syndicated teen series “Boogie’s Diner” (1995). He then played the obnoxious older brother (and son to Robert Hays) in the 1994 Disney Channel original No Dessert Dad, Until You Mow the Lawn, a comedy film directed by Howard McCain.

Marsden was seen in the television movies Gone in a Heartbeat (1996), On the Edge of Innocence (1997) and Bella Mafia (1997), while continuing to make guest appearances in such shows as “Extreme Ghostbusters” (1997) and The Outer Limits (1998). In 1998, the young actor’s mounting fan base received a boost when director David Nutter tapped him to star with Katie Holmes and Nick Stahl in the lackluster teen thriller film Disturbing Behavior.

A former Versace model, Marsden made a name for himself in the cinematic industry when he won a plum role in one of the most anticipated films of 2000, the Bryan Singer wide screen version of the marvel comic X-Men. As Cyclops, a crime-fighting mutant who must wear a visor to protect people from the destructive red beams he shoots from his eyes, the actor was able to free himself from the shadow of the likes of Ian McKellen, Patrick Stewart, Anna Paquin, Famke Janssen and Hugh Jackman. He even took home a Blockbuster Entertainment award for Favorite Supporting Actor in Science Fiction, as well as was nominated for a MTV Movie award for Best On-Screen Team (shared with costars Halle Berry, Jackman and Paquin). The movie was well-received by audiences and critics alike and established Marsden as one of the hotter young stars of the year. The same year, he also starred in the ensemble Gossip, opposite Joshua Jackson, Kate Hudson and Norman Reedus.

Marsden’s growing popularity was reflected in his hectic schedule in the following years. Among his projects were director Francine McDougall’s Sugar & Spice (2001, starring Mena Suvari), the Ben Stiller comedy Zoolander (2001, was featured as John Wilkes Booth), the comedy Interstate 60 (2002, starring Matthew Edison and Paul Brogren) and the big-budget X-Men sequel, X2 (2003). During the 2001-2002 seasons, Marsden was cast as series’ regular lawyer Glenn Floy in the Fox comedy “Ally McBeal,” where he also displayed his musical talent by singing in several episodes.

He was even busier in 2004 with three films under his belt. Marsden first starred alongside Scoot Speedman in the thriller The 24th Day (2004) and then offered a delightful turn as rich, dashing and handsome Lon Hammond, Jr. in the effectively emotional and sentimental film The Notebook (2004), opposite Rachel McAdams and Ryan Gosling. Next up for Marsden, he costarred with Glenn Close, Elizabeth Banks and Jesse Bradford in Heights (2004), a drama following five New Yorkers over 24-hours. He followed that up with a starring role in the crime-drama 10th & Wolf the following year.

Recently, Marsden costarred as Wendell Hatch in the comedy film The Alibi (2006) and will soon be cast as Lois Lane’s love interest, Richard White, in Bryan Singer’s upcoming Superman Returns (2006). Furthermore, the 33-year-old actor is set to reprise his role Cyclops for the third installment X-Men: The Last Stand (2006). He will now reportedly play Prince Edward in Enchanted (2007). 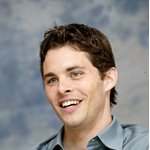 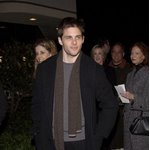 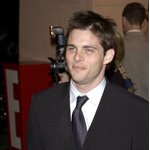 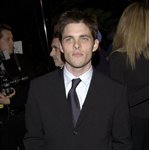 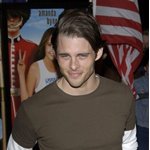 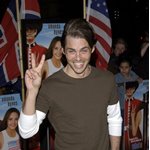 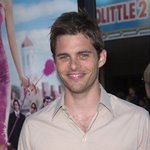 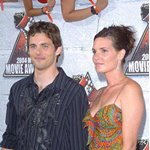