Georgia native James Keach received training as an actor at the prestigious Shakespeare Festival in New York after graduating from Northwestern University and Yale’s School of Drama. He continued to appear on stage with the Body Politic Theater in Chicago, where he also served as director. He also directed in New York and at the Mark Taper Forum in Los Angeles. His directing credits include “Love Letters,” “Vacation,” “Wildcats,” “The Experts,” “Along Comes a Horseman,” “Moving Violations” and “The Razor’s Edge.”

In 1972, Keach made his entry into television with a role as Orville Wright in a praised biopic about the Wright Brothers; the PBS movie Orville & Wilbur. The following year, he debuted on Broadway as Felice in “The Outcry.” After a series of guest spots and work in television films, Keach had a small part in the film Sunburst, an independent drama he also co-wrote with director James Polakof. He went on to play supporting roles in his subsequent films, which including being seen as Steve in Arthur Storch’s Death Play (1976), Wolfe Messer in the David Carradine vehicle Cannonball (1976), Emil Kroegh in Alan J. Pakula’s Comes a Horseman (1978) and Sgt. Strang in Jon Troell’s remake of Hurricane (1979), which starred Timothy Bottoms and Mia Farrow.

In 1980, Keach’s film career gained a boost when he landed the role of Jesse James in the Walter Hill directed The Long Riders, which he co-executive produced, co-wrote and co-starred in with his older brother, Stacy. The outstanding reviews the film earned helped launch Keach.

Following The Long Riders, Keach took supporting roles as a motorcycle cop in Harold Ramis’ National Lampoon’s Vacation (1983), adapted by John Hughes from his short stories, and the husband of Catherine Hicks in the based-on-novel The Razor’s Edge, (1984) for director John Byrum, before offering a hilarious performance as a Gestapo-like traffic cop in Moving Violations (1985), a comedy about a group of ill-fated and sloppy drivers sentenced to attend traffic school. After the project, the actor gradually put acting on the backburner to focus on his behind-the-camera career. He served as the producer of the made-for-TV movies A Winner Never Quits (1986), The Experts (1989) and the action film Armed and Dangerous (1986, also a co-writer). He also directed, produced and co-penned the action-thriller The Forgotten (1989). In 1990, he made his feature directorial debut with False Identity, a murder mystery starring Stacy Keach and Genevieve Bujold.

In 1992, Keach directed Sunstroke (1992), a TV film that starred soon-to-be-wife actress Jane Seymour, and went on to direct her in such TV films as the mystery Praying Mantis (1993), the biopic A Passion For Justice: The Hazel Brannon Smith Story (1994), The Absolute Truth (1997), as well as in episodes of the CBS series “Dr. Quinn, Medicine Woman” (1993). Meanwhile, on the wide screen, Keach’s direction in 1995’s The Stars Fell on Henrietta won him rave reviews. Set in early America during the oil boom, the movie starred Robert Duvall as a wildcat oilman and Frances Fisher and Aidan Quinn as a young couple named Cora and Don Day. Keach and his wife worked together again for the 1998 TV remake of Marriage of Convenience, which became one of the most successful television films of the era. 1998 also saw him return to acting in the independent movie The New Swiss Family Robinson, director Stewart Raffill’s adaptation of a novel by Johann David Wyss. Jane Seymour also starred in the adventure.

Next, Keach directed his wife in the television film mystery Murder in the Mirror (2000), portrayed Dr. Huston in the Emmy nominated Enslavement: The True Story of Fanny Kemble (2000, with Seymour and Keith Carradine), which he directed and executive produced, and returned to the director’s chair for his third feature, Camouflage (2001), starring Leslie Nielsen. After working on the television films Blackout and Submerged (both 2001), he directed the critically acclaimed Disease of the Wind (2002), a 54 minute documentary for the Red Cross that picked up two awards when it was shown at Dallas’ Deep Ellum Film Festival, including an audience choice for Best Documentary and a Lionel Rogosin for “Brilliance in implementation and spirit for a film that serves to help impact the world in an encouraging way through its message.”

In 2005, Keach produced Walk the Line, an acclaimed biopic chronicling the life of country music legend Johnny Cash (played by Joaquin Phoenix). The film brought the producer a PGA Golden Laurel nomination for Motion Picture Producer of the Year, shared with Cathy Konrad. Keach also appeared in front of the camera as a prison warden. The following year, he cast Chris Pine as Danny, a young blind man, in the comedy/romance Blind Dating. 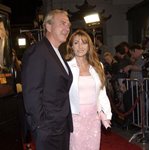 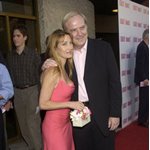 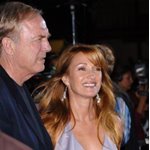 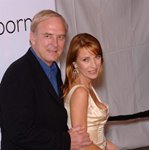 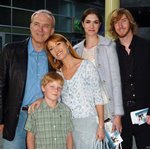 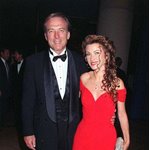 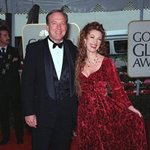 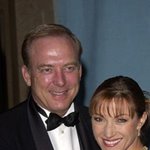