27-year-old Jack Klugman made his stage debut in the Equity Library Theatre production of “Stevedore.” A struggling actor in New York City, the Philadelphia-born actor shared a room with another fellow hopeful actor, Charles Bronson, until the two went to better and bigger things. During television’s so-called “Golden Age,” Klugman acted in various TV shows, including “The U.S. Steel Hour” (1954-1956), “Studio One” (1955-1958) and “Alfred Hitchcock Presents” (1957). He began film acting in 1956 with a supporting part in the 1956 crime/drama Time Table and appeared in classic 1950’s films like Sidney Lumet’s Twelve Angry Men (1957) and Andrew L. Stone’s Cry Terror (1958). Two years later, he found himself originating the role of Herbie in the 1960 Broadway production of “Gypsy,” co-starring Ethel Merman. He was nominated for a 1960 Tony for Best Supporting or Featured Actor (Musical) for his work in the play.

After a string of guest appearances, such as playing Alfy Tiloff in six episodes of “Naked City” (1959-1963) and Captain Paul Ross in several episodes of “The Twilight Zone” (1960-1963), as well as performing in such films as Blake Edwards’ Days of Wine and Roses (1962), Klugman delivered a memorable guest turn as Joe Larch in the TV series “The Defenders” in the 1964 classic “Blacklist” episode. The role brought him an Emmy in Outstanding Single Performance by an Actor in a Leading Role category. The same year, he also starred in his first sitcom, the short-lived Harris Against the World,” as Alan Harris. For the reminder of the decade, the busy performer took on guest roles in many TV shows and appeared in three movies, including The Detective (1968), starring Frank Sinatra, and Goodbye, Columbus (1969), in which he netted a BAFTA nomination for his scene-stealing role of Ben Patimkin.

Kicking off the 1970s, Klugman experienced a huge breakthrough when he recreated his stage role of Oscar Madison, opposite Tony Randall as Felix Unger, for the television comedy series “The Odd Couple.” During the show’s five year run (from 1970-75) , he won two Emmys for Outstanding Continued Performance by an Actor in a Leading Role in a Comedy Series in 1970 and 1973 and a Golden Globe for Best TV Actor - Musical/Comedy in 1974. With such notable accomplishments, Klugman subsequently became a household name.

A year after the hit show departed the airwaves, Klugman scored another success with the NBC cult favorite “Quincy, M.E.” (1976-1983). As Quincy, the LA County Coroner Medical Examiner, he won a Golden Cable (Germany) for Favorite TV Doctor and received four Emmy nominations for Outstanding Lead Actor in a Drama Series. After guest starring in episodes of “The Love Boat” (1985), the actor headlined the 1986 sitcom “You Again,” playing the alienated father of John Stamos. Unfortunately for Klugman, the show had a short life. During that period, he also starred in the Broadway production of “I’m Not Rappaport.”

In 1989, Klugman underwent throat surgery due to cancer of the larynx. After the operation, he took several years off to recover and in 1993, made his return by reprising the role of Oscar Madison for an Odd Couple reunion special, “The Odd Couple: Together Again” (CBS). Since then, he has acted in television films like Parallel Lives (1994) and The Twilight of the Golds (1997) and for such TV shows as “Diagnosis Murder” (1997-1999), “Brother’s Keeper” (1999), “The Outer Limits” (2000), “Crossing Jordan” (2000) and “Third Watch” (2000). He also played Jemi in the Garry Marshall-directed comedy Dear God (1996), starring Greg Kinnear, and costarred with Michael Lerner and Lesley Ann Warren in the Jewish comedy When Do We Eat (2005).

The stage-trained actor could also be found in such plays as a Broadway revival of “The Sunshine Boys” (1998), opposite Tony Randall, and a Burbank production of “Death of a Salesman” (also 1998), as Willy Loman. In September 2003, he performed a one-man show titled “An Evening with Jack Klugman” at the Falcon Theatre in Burbank, California, and more recently, in November 2006, appeared in James Sweet’s “The Value of Names” at the George Street Playhouse in New Brunswick, New Jersey. 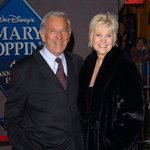 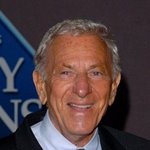 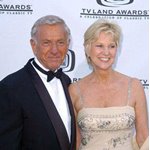