Ljubičić was born in Banja Luka, Yugoslavia (now Bosnia and Herzegovina), to a Bosniak mother and Croatian father. He started playing tennis as a child in 1988, and he soon won his first local awards as a junior. In May 1992, because of the war in Bosnia and Herzegovina, the Ljubičić family left Banja Luka, and Ivan, his mother and his brother moved to Opatija, Croatia, while his father was unable to leave. In November 1992, they were reunited and moved to Rijeka.
Soon after, in April 1993, Ljubičić went to a tennis club in Montcalieri near Torino, Italy. During the next three years, Ljubičić grew into a promising prospect. He decided to play for Croatia and in 1995 won his first junior championship - he became the Croatian under-16 champion. The same year, he won his first ATP points, and played for the Croatian team in the Winter Cup (European under-16 indoors championship). Pairing up with Željko Krajan, he won the Orange Bowl (the unofficial world under-16 championship.In 1996, the family moved to Zagreb, while Ivan continued his successes. He joined the tennis club Mladost and played in more and more junior ITF tournaments. His biggest success as a junior was the final of Wimbledon where he was defeated by Vladimir Voltchkov of Belarus. He also played in the Australian Open junior semifinal in 1997, and won the Eddie Harre tournament, which made him the number 2 junior in the world. In early 1997 he started being trained by the Italian professional coach Riccardo Piatti. His successes continued: quarterfinal of junior French Open, and entering into the professional tennis. 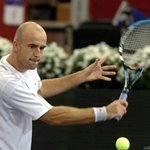 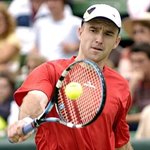 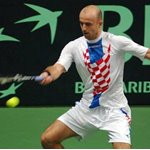 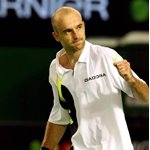 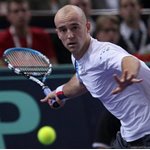 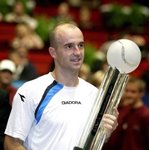 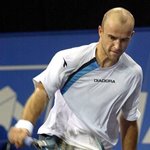 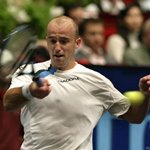