"You don't have the time to "make the time" to do anything. You have to do it now!" Isaiah Washington.

Originally dreaming of becoming a professional football player, Isaiah Washington began interested in acting and studied Theater Arts at the Howard University. After graduation, he won a role in playwright Ntozake Shange's “Spell 7” and then moved to New York for further acting career. He appeared in a number of stage productions and became an original member of the City Kids Repertory, a theatre group that visits high schools and community centers throughout New York.

After numerous stage works, he landed on television, on CBS’ long-running daytime soap "As The World Turns." In 1991, he made his feature debut in Kevin Hooks' comedy-flick Strictly Business (starring Tommy Davidson, Joseph C. Phillips, and Halle Berry) and got a more noticeable role in Spike Lee's semi-biographical film Crooklyn (1994). He was subsequently cast in more Spike Lee films, including the 1995 mob drama Clockers (starring Harvey Keitel and John Turturro; based on the novel of the same name by Richard Price), the 1996 drama comedy about the life of an aspiring actress in New York, Girl 6 (starring Theresa Randle), and the 1996 historical drama about a group of African-American men who board a bus headed for the historic Million Man March, Get on the Bus (Washington portrayed a proud gay man named Kyle).

Entering the new millennium, Washington starred opposite to Chinese action star Jet Li and the beautiful late actress Aaliyah in Andrzej Bartkowiak's urban update of Romeo and Juliet, Romeo Must Die, and writer-director Reggie Rock Bythewood's acclaimed drama Dancing in September (opposite Nicole Ari Parker), playing a rising African-American TV executive, a role which earned him an NAACP Image Award nomination for Outstanding Actor. Afterward, he teamed with William H. Macy and Sam Rockwell to play one of the motley crew hoping to pull off a major score for the Russo Brothers' crime comedy remake of the 1958 italian movie “I soliti ignoti” by Mario Monicelli, Welcome To Collinwood (2002) and appeared as the first mate of a salvage team that discovers a mysterious ocean liner in director Steve Beck's spooky thriller Ghost Ship (2002; with Gabriel Byrne and Julianna Margulies), based on a real life Italian cruise ship SS Andrea Doria which sank in 1956 after colliding with another liner near Nantucket, Massachusetts.

Washington soon revitalized his career in 2005 when he was cast as the sexy and intense cardiothoracic surgeon Dr. Preston Xavier Burke, who becomes entangled in a secret affair with his neurotic colleague (played by Asian-Canadian actress Sandra Oh) on ABC’s award-winning medical drama "Grey's Anatomy." His performance later won him an NAACP Image Award for Outstanding Actor in a Drama Series in 2006. "Grey's Anatomy" is currently in its third season and it performed strongly in its season premiere, snatching away the #1 position from the hit crime drama “CSI: Crime Scene Investigation.”

"I haven't been interested in any other roles other than Dr. Burke. I've been in close to 40 films, so I don't have that kick in my stomach to want to make movies. I'm very interested in being a producer and being my own boss. I've been given a platform and have walked through doors I wouldn't have been able to without this show. I met with the President and State Department heads to talk about something (Sierra Leone) I feel very passionate about." Isaiah Washington. 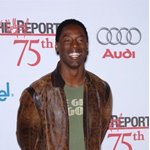 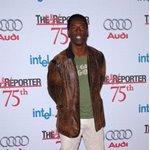 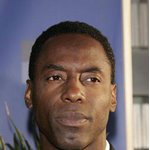