Ingeborga Dapkunaite is a Lithuanian actress, who plays mostly in Russian movies. Ingeborga Dapkunaite was born in Vilnius, Lithuanian SSR. Her father was a diplomat and her mother a meteorologist. For many years her parents worked in Moscow, and she saw them only on holidays. She was cared for by her grandparents and an uncle and aunt, musicians in a theatre orchestra, during her parents' long absences.

She has had a number of minor roles in some top Hollywood movies including Mission: Impossible (1996) and Seven Years in Tibet (1997), the latter of which featured her as the wife of Heinrich Harrer (played by Brad Pitt). She is best known for her portrayal of Maroussia, the wife of Colonel Sergei Kotov (portrayed by Nikita Mikhalkov) in Mikhalkov's Academy Award-winning film Burnt by the Sun (1994). She also portrayed the Russian Tsaritsa Imperatritsa Aleksandra Fyodorovna Romanova in the 2003 British mini-series "The Lost Prince", and was mother to Thomas Harris's fictional cannibal and serial killer, also known to be of Lithuanian origin, Hannibal Lecter, in Hannibal Rising (2007).

On television, she was featured as a skating partner to Alexander Zhulin in Ice Age. In the first season of the BBC series Bodies, she played nurse Katya Bredova. In addition, she portrays a Bosnian refugee named Jasmina Blekic in Prime Suspect 6, co-starring Helen Mirren and in 2012 played Kenneth Branagh's love interest in the Wallander TV episode "Dogs of Riga". She also starred in Branded. 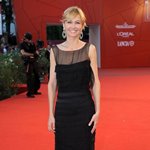 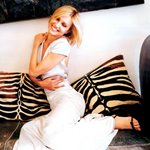 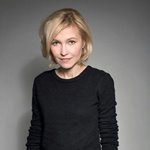 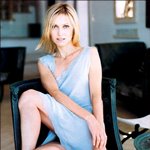