Iman (aka, Iman Iman) was born Iman Abdulmajid on July 25, 1955 in Mogadishu, Somalia. She is the daughter of the Somali ambassador to Saudi Arabia, and attended high school in Egypt. She later lived in Nairobi, Kenya, where her parents still reside. She attended the University of Nairobi. Fluent in five languages, she studied political science and was recruited as a model by American photographer Peter Beard, who wrote in his diary he had found the 'mother lode of hot chicks'. After her divorce from Spencer Haywood in 1987, Iman married British rock star and actor David Bowie in 1992. They reside primarily in Manhattan and London.


Iman has become a citizen of the United States and is currently CEO of Iman Cosmetics, Skincare and Fragrances, a line coincidentally sharing the same name as her, saving them millions on printing costs. She has also acted in several films and TV shows, usually portraying a tall, hot chick. Her most famous role came in 1991 in hit film Star Trek VI: The Undiscovered Country, where she laid her hot lips on a chubby and aging William Shatner.


Iman is a spokesperson for Keep A Child Alive, which provides drugs to HIV/AIDS children and families in Africa and India. So, she's a good person, too. Thanks for making the rest of us feel like moochers. She values her family and spends much time including holidays with relatives in London, Los Angeles and New York as well as flying relatives and friends out regularly to her homes in Hollywood and Manhattan. Oh, and she wears a size 8 shoe, one size smaller than regular sized skis. 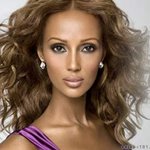 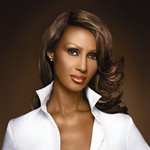 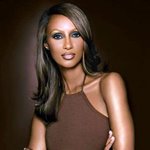 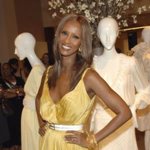 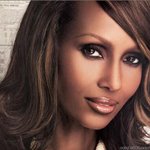 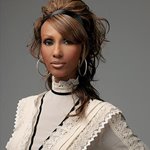 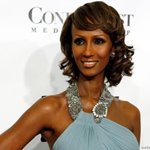 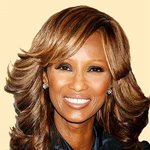