Although trained classically from a very young age, Menzel started her career as a wedding singer. In 1996, Menzel auditioned for rock musical Rent, which became her Broadway debut. For her performance as Maureen Johnson in the original cast of the musical, she received a Tony nomination as Best Featured Actress in a Musical. She left the show on July 1, 1997.

Following the success of Rent, Idina originated the role of Dorothy in Summer of ’42 at Goodspeed Opera House in Connecticut, starred as Sheila in the New York City Center Encores! production of Hair and appeared on Broadway as Amneris in Aida. Menzel earned a Drama Desk Award nomination for her performance as Kate in the Manhattan Theatre Club's 2000 off-Broadway production of Andrew Lippa's The Wild Party. Her other off-Broadway credits include the pre-Broadway run of Rent and The Vagina Monologues.2


In 2003 Menzel appeared on Broadway in Wicked, a musical by Stephen Schwartz and Winnie Holzman based upon the popular 1995 Gregory Maguire novel. She received the 2004 Tony Award for Best Leading Actress in a Musical for her portrayal of Elphaba, the Wicked Witch of the West. On her third to last performance of Wicked on January 8, 2005, she fell through a trap door and cracked a lower rib. The injury prevented her from performing in the January 9 show. Menzel did, however, make a special out-of-costume appearance at that performance, performed her final song, and received a standing ovation.3

Following Wicked, Menzel appeared off-Broadway in the Public Theater's production of See What I Wanna See, a controversial Michael John LaChiusa-penned musical whose run ended in December 2005. For her role as various characters, she received Drama Desk Award and Drama League Award nominations.

She reprised her Tony Award-winning role as Elphaba in the West End production of Wicked when it opened at the Apollo Victoria Theatre, London in September 2006, and finished her run on 30 December.

Menzel's film roles include appearances in Just a Kiss, Kissing Jessica Stein, Tollbooth, Water, Ask the Dust, and Rent, in which she and five other original cast members reprised their stage roles. She also made an appearance in the movie Camp, which features a cameo appearance by legendary Broadway composer Stephen Sondheim. 1

Menzel performed at the 1998 Lilith Fair summer concert festival, and continues to write and perform original music. She has toured extensively and frequently performs in various venues throughout New York City. She produced and released her debut album, Still I Can’t Be Still, for Hollywood Records in 1998. Her sophomore album, Here, was released by Zel Records in 2004. Menzel has contributed to soundtracks, including those for the film The Other Sister and the ABC television dramedy Desperate Housewives.

Singer Ray Charles invited Menzel to duet with him on one of the tracks of his album Genius & Friends. The tracks were recorded in 1998 but were never produced, and it was one of his dying wishes that the album be made, a wish which was fulfilled posthumously.

Menzel has appeared on the cast recordings of Rent and Wicked, two of the best-selling cast recordings, as well as the recordings of Lippa's The Wild Party, LaChiusa's See What I Wanna See, and the soundtrack of the film Rent. She recently signed a record deal with Warner Bros. Records. 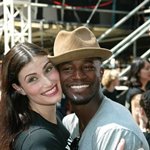 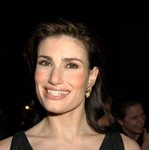 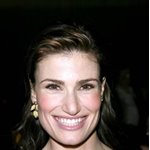 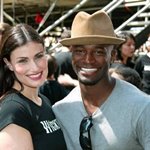 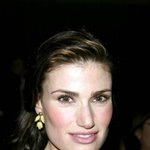 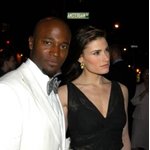 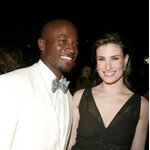 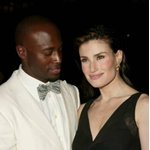