Award-winning character actor Ian McShane was born on September 29, 1942, in Blackburn, Lancashire, England, the son of professional footballer (soccer player) Harry McShane, who played for Manchester United, and wife Irene. Ian attended the Royal Academy of Dramatic Arts and made his motion picture debut in The Wild and the Willing (1962). Although primarily known for his appearances on film and television, McShane has a long stage career, appearing in London in the original staging of Joe Orton's "Loot" and supporting Judi Dench and Ian McKellen in Aleksei Arbuzov's "The Promise," which transferred to Broadway in 1967.

McShane has long excelled at playing menacing heavies, from his turn as Richard Burton's criminal underboss in Villain (1971) to his small but very memorable role as the shadowy crime boss "Teddy Bass" in Sexy Beast (2000). His assays in villainy reached their apogee with his characterization of the dastardly bordello impresario Al Swearengen in the HBO western series "Deadwood" (2004), for which he won the Golden Globe Award for Best Actor in a TV Drama in 2005 (he was also nominated for an Emmy that year as Best Lead Actor in a TV Series). It was the topper to a career spanning five decades.

He formed McShane Productions in the 1980s to produce the popular BBC series "Lovejoy" (1986), which he not only starred in but directed. He has also appeared on stage, making his musical debut in 2000 in London's West End in the male lead of Cameron Mackintosh's "The Witches of Eastwick." 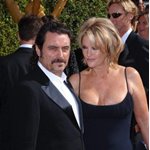 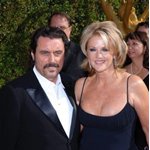 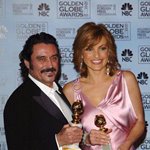 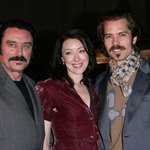