Canadian Howard Shore moved to Boston to study music and spent some time playing saxophone in a rock band called Lighthouse. He moved on to television after a few years on the road, serving as the music director for the NBC series “Saturday Night Live” (1975-1980). Under the direction of Shore and executive producer Lorne Michaels, his childhood summer camp pal, the show conveyed a rock ‘n’ roll feeling to mainstream TV. He also performed on the show several times as part of “Howard Shore and his All Nurse Band.”

Shore branched out to the big screen and in 1979, found himself starting a long-running partnership with budding horror film director and fellow Canadian David Cronenberg in the low-budgeted The Brood, starring Oliver Reed. In 1980, he began scoring movies full-time. He and Cronenberg continued to work on low budget affairs like Scanners (1981) and Videodrome (1983) and later in such better-funded projects as The Fly (1986), Dead Ringers (1988) and Naked Lunch (1991), which is best remembered for his collaboration with renowned jazz musician Ornette Coleman. His fine work in Dead Ringers brought Shore a Genie for Best Music Score. On his own, Shore served as a music producer for Mike Nichols’ Gilda Live (1980), was credited as a music coordinator in Silkwood (1983, again directed by Mike Nichol), and composed score and provided the title song for the Meryl Streep comedy She-Devil (1989). He also won his first ASCAP Film and Television Music for Top Box Office Films for his work in the light-hearted comedy Big (1988), helmed by Penny Marshall. Despite his busy film schedule, he still found time for the small screen. He provided the music for a TV special “Steve Martin’s Best Show Ever” in 1981 and for Lorne Michael’s soon-cancelled sketch comedy series “The New Show” in 1984. He also directed the music for the TV special “Coca-Cola Presents Live: The Hard Rock” (1988).

Shore’s career was further expanded the following decade. He wrote the music for various major film productions like the Jonathan Demme crime-thriller The Silence of the Lambs (1991), the Robin Williams comedy vehicle Mrs. Doubtfire (1993), Philadelphia (1993), The Client (1994), Tim Burton’s biopic Ed Wood (1994), David Fincher’s crime-mystery Se7en (1995),Dogma (1999) and Analyze This (1999). For his brilliant efforts, he nabbed numerous awards, including five ASCAP Film and Television Music awards for Top Box Office Films, a 1994 Los Angeles Film Critics Association for Best Music and a 1995 for Best Music. He also reunited with director Mike Nichol for Postcards From the Edge (1990), serving as musical supervisor and worked on 1993’s Sliver, a romance-thriller starring Sharon Stone and William Baldwin.

Shore continued to lend his creative talents for popular films like The Score (2001), Panic Room (2002), Spider (2002, earned the Georges Delerue Prize Flanders International Film Festival award) and Gangs of New York (2002). However, he did not experience his greatest success to date until he was chosen for Peter Jackson’s highly-applauded Lord of the Rings film trilogy. The score for the first film, The Lord of the Rings: The Fellowship of the Ring (2001), including the song “Aníron,” won Shore extensive appreciation, most notably a 2003 Gammy for Best Score Soundtrack Album for a Motion Picture, Television or Other Visual Media and a 2002 Oscar for Best Music-Original Score. The subsequent soundtracks for The Two Towers (2002) handed the composer his next Grammy and an ASCAP Film and Television Music in the Top Box Office Films category. His score for the final film, The Lord of the Rings: The Return of the King (2003), including the song “Into the West,” earned Shore even more attention and recognition, including two Grammys for Best Score Soundtrack Album and Best Song Written, two Oscars for Best Music-Original Score and Best Music-Original Song and two Golden Globes for Best Original Score and Best Original Song, and a Broadcast Film Critics Association for Best Composer.

After the ‘Lord of the Rings’ movies, Shore scored the music for Martin Scorsese’s highly acclaimed biopic The Aviator (2004), starring Leonardo DiCaprio as legendary director and aviator Howard Hughes. Delivering a bravura effort, he was handed a Golden Globe and a Chicago Film Critics Association for Best Original Score, a Broadcast Film Critics Association for Best Composer and a Seattle Film Critic for Best Music. His more recent and upcoming credits include the Martin Scorsese films The Departed (2006), Silence (2008) and The Rise of Theodore Roosevelt (2008), and Cronenberg’s Maps to the Stars (2007). He also has teamed up with director Robert Shaye for the adventure-drama The Last Mimzy (2007).

Since 2004, Shore also has toured the world conducting local orchestras in the performance of “The Lord of the Rings: Symphony in Six Movements,” Shore’s new symphonic arrangement of his highly praised Lord of the Rings scores. Recently, however, his hectic schedule forced Shore to quit conducting the orchestras. 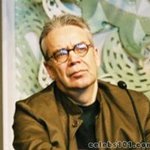 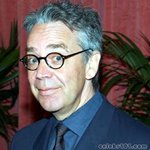 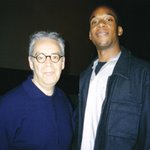