It was from the Glasgow Citizens' Theatre that she was cast in the hospital TV series Cardiac Arrest (although it was not her first television role). Her role as Dr. Claire Maitland earned her a Scottish BAFTA nomination in 1995.

She was one of the stars of the popular TV series Cold Feet, playing Rachel Bradley, a role which gained her a British Comedy Award nomination in 1997. She also starred in An Unsuitable Job for a Woman playing Cordelia Grey, and made notable recurring appearances on the American series Friends as Ross Geller's girlfriend/wife/ex-wife Emily Waltham, which introduced her to American audiences.

Other notable roles include Lorna Johnson in Truth or Dare (in which John Hannah also starred), Caroline Meagher in The Investigator, and Julie Matthews in Dead by Monday.

She was nominated for another Scottish BAFTA in 1997 for her role as Lorna Johnson. Dead by Monday won the Angel Award for Best Film in the Monaco International Film Festival in 2003 and the Portland Festival of World Cinema award for best feature film in 2001.

She starred on-stage as Christine in Patrick Marber's After Miss Julie, and has most recently appeared as Romy, the eponymous title role in The Woman Before at the Royal Court alongside Nigel Lindsay, Saskia Reeves, Tom Riley and Georgia Taylor but has also played various roles including that of Ophelia in Hamlet (the Marovitz Hamlet) along with Henry Ian Cusick. She was a finalist for the 1993 Sunday Times-Royal National Theatre Ian Charleson Award (best classical actor under 30).

She also played Pandora Braithwaite in Adrian Mole - the Cappuccino Years and "Maggie" in the multiple award-winning Bolse Vita.

She also appeared in Saving Nellie, a physics programme running on Teachers TV 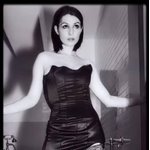 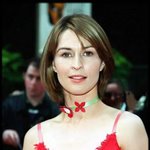 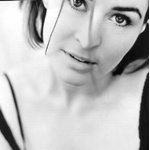