In June of 1993, Heidi Fleiss, age 27, was arrested at her Benedict Canyon home, accused of running a high-priced call girl service catering to L.A.'s rich and famous. It would "break wide open" a scandal containing everything the press found desirable: sex, violence, power, celebrities, and the promise of embarrassing the rich and famous.

Here was a young woman who'd cornered the prostitute market and remained on top for two and a half years. Her sex business catered not only to Hollywood's top executives and stars, but also the top one percent of the richest people in the entire world. These were individuals who ran countries or whose actions could easily alter global economies. Fleiss knew she was doing something illegal, she knew be get caught eventually - but she figured why not just have the best time possible?

She ran her business by cell phone and voice recognition. Her customers, clients and girls all knew each other, and everyone was friends. Rumors surfaced of a little black book, allegedly containing names of top studio heads, actors, entertainers and other prominent figures - as well as contact information, sexual preferences, and how much money these individuals had contributed to Fleiss's cause. Revelations this data existed caused a wave of silent panic throughout Hollywood, but the book itself was never made public. The most high-profile client identified in court proceedings was actor Charlie Sheen, who testified to paying Fleiss $50,000 for escorts who charged up to $2500.00 a night. Other names like Jack Nicholson, Billy Idol and Mick Jagger were connected by tabloids.

Fleiss was arraigned in Los Angeles on five counts of pandering (procuring prostitutes) and one count of selling cocaine. When a grand jury sustained a guilty verdict, the indictment replaced the criminal charges. A federal grand jury moved forward with additional charges of conspiracy, tax fraud, and money laundering. Paul Fleiss, Heidi's father, was also indicted for helping her hide the money. Both pled not guilty.

A federal judge ordered Heidi into drug treatment after she violated the terms of her pretrial release by testing positive for methamphetamines. Her father made arrangements with officials to testify against her in exchange for reduced money laundering charges. He was sentenced to one day in prison, a $50,000 fine, three years probation, and 625 hours of community service.

Heidi was sentenced in 1997 to three years in prison for money laundering, tax evasion and attempted pandering. She served at a federal prison in Dublin, California. Jail time was a humiliating, humbling experience, Fleiss says. "They were waiting for me. It was a lesbian hell. Prison was a journey I had to take. I came away with a lot of things I was lacking: wisdom, compassion, honesty."

Fleiss was further imposed with 300 hours of community service and a $400 fine. After two years of good behavior, she was released to a halfway house where she finished the remainder of her sentence. Later, she admitted there was no little black book.

"I believe you will be a positive role model for other young people and other women who could benefit from the experiences you've had," the judge told Fleiss.

One of Heidi's best friends is Victoria Sellers, daughter of Peter Sellers. Together, they released a DVD titled Sex Tips which instructs viewers how to run a prostitution ring. In January of 2003, Heidi Fleiss sold her life story to Paramount Pictures, pitched as Pretty Woman crossed with the visual energy and excess of Scarface. Nicole Kidman was rumored to have expressed an interest. 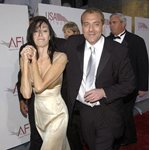 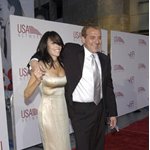 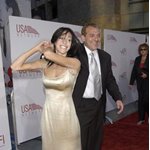 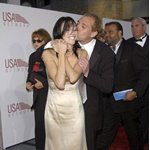 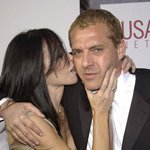 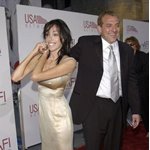 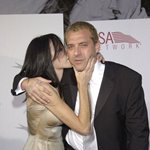 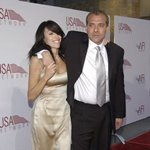