Heather Watson is a British female tennis player and the British No 1. Born in Guernsey, she trained and lived at the Nick Bollettieri Tennis Academy in Florida, USA. On 16 July 2012 Watson became for the first time the top-ranked British senior woman player on the WTA rankings, overtaking Anne Keothavong. She is currently ranked in the top 50 in the world.

On 14 October 2012, Watson won her first WTA singles title with a win over Chang Kai-chen of Taiwan in the final of the Japan Open, becoming the first British female to win a WTA singles title since Sara Gomer in 1988. In her junior career, Watson won the US Open and gold at the 2008 Commonwealth Youth Games. She had been as high as No. 3 in the world on the ITF Junior Circuit. In 2006, Watson won the British Under-14 Championship. The following year she won the British Under-16 Championship, and reached the semi-finals of the British Under-18 Championship. She lost in the Under-18 semi-finals again in 2008 to eventual winner Tara Moore. In October, Watson travelled to Pune to compete at the 2008 Commonwealth Youth Games. There she won the gold medal, winning the final against Kyra Shroff. Mother Michelle left her job in 2008 to travel full-time with Heather Watson around the world junior circuit. Watson played her first senior tournament in March 2009 – the $25k Jersey Open, but lost in the second round to Katie O'Brien. At the beginning of July she became the highest-ranked British junior, overtaking Laura Robson. She achieved her first senior women's world ranking on 27 July 2009, entering at number 756. She won her first senior title at the Frinton $10,000 tournament. Watson beat Anna Fitzpatrick in the final. At the 2009 US Open, Watson was seeded 11th for the girl's singles. She reached the quarter-finals on 10 September before rain interrupted the tournament schedule. The tournament moved indoors and Watson beat second seed Noppawan Lertcheewakarn in the quarter final on 12 September. She played her semi-final on the same day and was victorious against Daria Gavrilova to reach the final, where she faced doubles partner Yana Buchina. Playing on Court 7, Watson won in straight sets. Watson began 2011 by qualifying for the 2011 ASB Classic. She continued her winning streak in the main tournament and beat ninth seed Carla Suárez Navarro to get into the quarterfinals, where she lost to Shuai Peng of China. She also made the quarterfinals of the doubles tournament, partnering Kurumi Nara.

Watson then moved on to the 2011 Australian Open, where she beat Kristina Mladenovic in the first round of qualifying. Watson then qualified for the 2011 Cellular South Cup, beating Andrea Hlavackova and Stephanie Foretz Gacon in the first and second rounds respectively to reach her second quarterfinal of the year. She lost to Evgeniya Rodina. She also reached the quarterfinals of the doubles tournament partnering Anna-Lena Gronefeld. 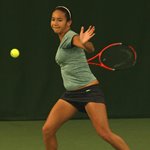 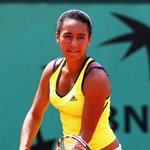 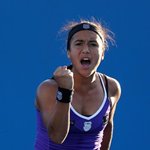 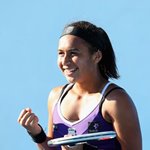 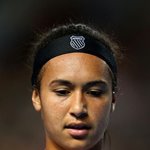 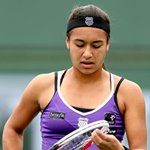 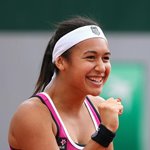 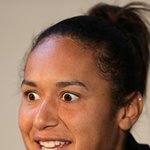