Heather Graham displayed her mounting love for acting at a young age. After being seen on local stages, she was voted "Most Talented" upon her high school graduation. Graham, who once worked at Toys R'Us, modeled for television commercials for Ivory and Mountain Dew.

Film work knocked on her door in 1984 when she had an unaccredited part as a factory girl in Mrs. Soffel, along side Diane Keaton and Mel Gibson. After disappearing for three years, Graham made her return to the screen in 1987. She debuted on the TV movie Student Exchange (1987), playing Dorrie and appeared in two episodes of Growing Pains (1987).

In 1988, Graham eventually landed a starring role as Mercedes in the teen comedy License to Drive, in which she was honored with her first Young Artist award at age eighteen. After appearing in Twins (1988), she delivered an impressive performance in Gus Van Sant's Drugstore Cowboy (1988). In the film, Graham was cast as a drug addict named Nadine, for which she won an Independent Spirit award.

After her performance with Kevin Kline in I Love You to Death (1990) and Guilty as Charged (1991), Graham was involved in the 1950s set musical Shout (1991, played Sara Benedict), featuring superstar John Travolta and actress Gwyneth Paltrow. She earned her second Young Artist for her work in the film.

Returning to TV, Graham received her first regular role in the 1990 ABC's series "Twin Peaks." In the show, she played character Annie Blackburn, a former sexy nun involved with Kyle MacLachlan's Agent Cooper. After leaving the show, Graham was seen as a young version of Jessica Lange's character Alexandra Bergson in the made-for-TV-movie O Pioneers! (1992). She also reprised the role of Annie Blackburn in the feature Twin Peaks: Fire Walk with Me (1992).

Capturing the attention of renowned actor James Woods while she was at UCLA, Graham received a costarring role in Diggstown (1992, starring James Woods, Louis Gossett Jr. and Bruce Dern).

"It was the timing in my life. I got a lot out of doing Roller girl. I've gotten a lot from every director, but, psychologically, that role gave me a lot of confidence." Heather Graham on her role in Boogie Nights.

Graham's appearance in magazines helped catapult her name toward the spotlight. She was in high demand and subsequently made a cameo appearance in Scream 2. Heather then costarred with actors William Hurt and Mimi Rogers in director Stephen Hopkins' Sci-Fi adventure Lost in Space (1998).

By the end of decade, Graham was well remembered for her portrayal as Felicity Shagwell, the 1960's CIA agent, in the blockbuster film Austin Powers 2: The Spy Who Shagged Me (1999, starring Mike Myers). She was also cast as the ambitious Daisy in 1999's Bowfinger, starring Eddie Murphy and Steve Martin. For her work in film, Graham took home two awards, the ShoWest Female Star of Tomorrow and the VHI-Vogue Best Female Celebrity Style (1999).

Starring as Joline, a forsaken wife on a mission to discover and rescue her husband, in the movie Committed, was Graham's opening film project in the new millennium. She next portrayed dizzy blonde Josephine Winfield in the comedy Say It Isn't So (2001). Graham starred with former boyfriend Edward Burns in 2001's Sidewalks of New York, then played the character of Mary Kelly, an Irish prostitute, opposite Johnny Depp in From Hell (2001). 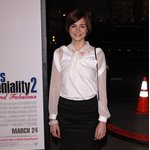 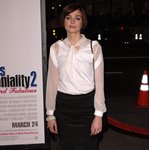 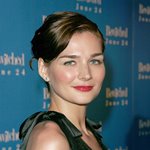 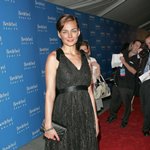 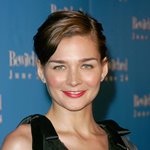 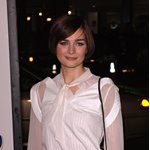