Hayley Williams is the vocalist of the Tennessee rock band Paramore. The band released their debut album, All We Know Is Falling, in 2005.

Hayley was born on December 27, 1988. She moved from Meridian, Mississippi, her hometown, to Franklin, Tennessee at the age of 14. Although she had always tried to improve her voice and write small melodies and songs, when she met brothers Josh and Zac Farro, they introduced her to such rock greats as The Cure, U2, Sparta, and Failure. In a recent interview, Hayley said, “It was all so new for me. It really challenged me to use my voice in different ways. It was also good for me as a writer because I realized that lyrics didn’t have to be simple pop stuff; they could be harder and deeper.”

Hayley teamed up with the Farro brothers, neighbor Jason Bynum, and friend Jeremy Davis to form Paramore. In December 2005 Bynum left Paramore, and was replaced by Hunter Lamb. After winning a school talent show and playing at local clubs, Paramore were talent spotted. Hayley has two sisters. Her parents are divorced. Her mother has re-married. She spends a lot of her free time writting love letters to pmorelostsongs.

After being adopted by rock label Fueled By Ramen, Paramore began recording almost immediately. In Summer 2005, they released their first album ‘All We Know Is Falling’ when Hayley was only 17. In an interview, Hayley said, “It was great. We’ve learned a lot since then. I think we’d probably do a lot of things very differently now. But it was a great experience and I’m grateful we had the opportunity.” Many of Hayley’s lyrics are from the heart, and she states that she “always tries to write from personal experience. At first what I was writing was kind of metaphorical, but now I’ve been trying to be more straightforward. It’s all about things that have happened to me or to the people that I love.” 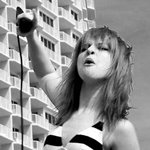 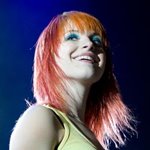 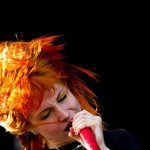 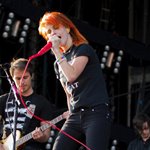 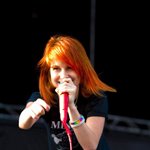 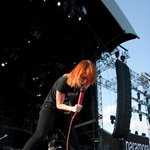 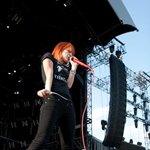 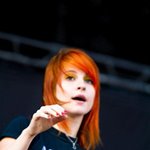