A Chicago native, Harold Ramis started his showbiz career with Chicago’s well-known Second City improvisational theater while still employed as a mental ward orderly. He also wrote jokes for Playboy Magazine. Five year later, he relocated to New York to help pen and perform in The National Lampoon Show alongside fellow Second City alums Gilda Radner, John Belushi and Bill Murray, and by 1976, he had become the head writer and a regular performer on the syndicated “Second City TV.”

Ramis’ Hollywood breakthrough arrived in 1978 when he applied his comic talents to the scripts of the box office hit National Lampoon’s Animal House, a comedy starring John Belushi. For his effort, he earned a Writers Guild of America nomination for Best Comedy Written Directly for the Screen (shared nomination with Douglas Kenney and Chris Miller). He rejoined Animal House producer Ivan Reitman a year later for another blockbuster movie, Meatballs, which starred Bill Murray and was directed by Reitman.

The gangling, curly-haired Ramis shifted to the director’s chair in 1980 with Caddyshack, featuring comedian Rodney Dangerfield and again Murray, and co-wrote, as well as had his first significant role as Russell Ziskey in Stripes (1981), a Murray successful vehicle produced and directed by Reitman. He then produced and appeared in ABC’s “The Rodney Dangerfield Show: It Ain’t Easy Bein’ Me (1982). He next directed Chevy Chase and Beverly D’Angelo in the very popular comedy National Lampoon’s Vacation (1983) before scoring a big hit as a star and co-writer in the 1984 comic blockbuster Ghostbusters, which spawned the less charming and less flourishing sequel Ghostbusters II (1989). The films saw Ramis played Dr. Egon Spengler, alongside Dan Aykroyd and frequent collaborator Murray. In between, Ramis executive produced and narrated HBO’s Will Rogers: Look Back in Laughter (1987), co-scripted such films as Rodney Dangerfield’s Back to School (1986) and the Robin Williams-Peter O’Toole vehicle Club Paradise (1986, also directed) and acted alongside Diane Keaton in the film Baby Boom (1987), which marked Ramis’ debut as an actor in a movie he had not produced, written or directed. He also gave a somewhat dramatic turn as the ex-childhood pal of Mark Harmon in Stealing Home (1988).

Returning behind the camera, the multifaceted Ramis experienced his next big break with the genial romantic comedy Groundhog Day (1993), where he cast pal Bill Murray as a weatherman fated to remember February 2 over and over until he got it right. The film, which Ramis also produced and co-scripted, was a surprise hit and he won a BAFTA for Best Screenplay – Original and a London Critics Circle Film for Screenwriter of the Year. He also nabbed Saturn nominations in the categories of Best Director and Best Writing.

After the victory, Ramis acted alongside Warren Beatty, Annette Bening and Gary Shandling in Love Affair (1994), helmed Stuart Saves His Family (1995, starred Al Franken and Laura San Giacomo), directed and co-produced the Michael Keaton and Andie MacDowell starring vehicle Multiplicity (1996) and made a cameo appearance as Dr. Martin Bettes in James L. Brooks’ As Good As It Gets (1997), the Oscar-nominated film starring Jack Nicholson and Helen Hunt. He rounded out the decade by directing Billy Crystal and Robert De Niro in the well-liked comedy Analyze This (1999). Ramis and his cast later rejoined for the jaded installment Analyze That (2002).

Ramis directed and scripted Bedazzled, a modern version of the original 1967 British comedy written by Peter Cook and had minor roles in the hit Orange County (2002) and the low-profile comedy I’m with Lucy (2002). The director tried a semi-radical shifting of gears with The Ice Harvest (2005), a bleak film starring John Cusack, Billy Bob Thornton and Randy Quaid. In 2006, he was seen playing Professor Bowler in Tony Goldwyn’s The Last Kiss. 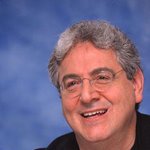 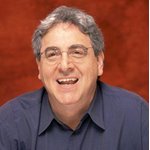 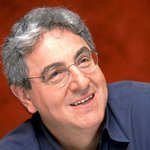 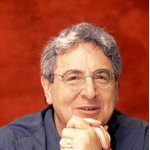