Baby-faced comic and actor Hal Sparks started his professional career in Chicago as a member of the teenage troupe of the celebrated Second City improv group. After winning a regional contest and being named “Funniest Teenager in Chicago” (1987) by the Chicago Sun Times in the Windy City, Sparks got his first taste in front of the TV camera as Jim in the PBS film Frog (1987) before landing the gig as a host of the syndicated children’s game show “Treasure Mall (1988). A year later, he made his film acting debut as Lance, a blind orphan, opposite Billy Bob Thornton, in the unsuccessful Chopper Chicks in Zombietown.
Armed with a four-year successful stint with Second City, Hal made his way to Los Angeles and soon began performing at a number of comedy clubs like The Comedy Store, The Improv, The Laugh Factory, The Ice House, and at Comic Relief’s American Comedy Festival. He kept on his presence as an actor by taking on guest starring roles in such series as “Lois & Clark: The New Adventures of Superman” (1994), “Dr. Quinn, Medicine Woman (1995),” as well as playing small roles in films like CBS drama Signs and Wonders (1995, TV) and the comedy Lost & Found (1999), starring David Spade.

In 1999, Sparks was chosen to substitute John Henson, Greg Kinnear’s replacement, to host the Emmy winning “Talk Soup” on E! Entertainment Television. Sparks was popular to TV audiences for bringing a frenzied energy and slightly softer take to the duties than the conceited Kinnear and the snarky Henson. However, he resigned the hosting gigs in May 2000 to pursue acting opportunities.

Next up for Sparks, he was cast in the small role of cult leader Zoltan in the hit comedy Dude, Where’s My Car? (2000), directed by Danny Leiner and starred Ashton Kutcher, Seann William Scott and Jennifer Garner. He also accepted possibly his most demanding role, as Michael Charles Novotny-Bruckner, a semi-closeted gay man handling with his domineering mother and his friends in Showtime’s Americanized version of the British hit ”Queer as Folk” (2000-01, 2005). His voice could also be heard voicing two animal characters in the 20th Century Fox film Dr. Dolittle 2 (2002). Besides, he appeared as a guest star in a number of TV series like “Martial Law” (2000), “Rendez-View” (2001, 2002), “One on One” (2002), “Frasier” (2003), and made a TV film titled Bleacher Bums (2002), adapted from the critically- acclaimed play of the same name.

In 2003, Sparks had a feature role as a publisher in the Sam Weisman-directed Dickie Roberts: Former Child Star, a comedy co-written by Fred Wolf and David Spade. He played supporting role of Deputy Dale in director/writer Robert Hall’s horror film Lightning Bug (2004) and appeared as a passenger in an elevator in Spider-Man 2 (2004). He also undertook the small role of the captain of the Chicago Hitmen team on GSN’s “Extreme Dodgeball” (2004), hosted G4’s “Video Game Vixens” (2005), as well as guest starred in “CSI: Crime Scene Investigation” (2005).

During his hectic schedule, Sparks also was seen on stage performing in such plays as “Equus,” “The Elephant Man,” and “Brighton Beach Memoirs.” Besides, he always provides time for a metal band called The Zero 1, in which he serves as the lead vocal and guitarist along with members Robert Hall (Sparks’ friend) on bass and Miles Loretta (Sparks’ cousin) on drum. 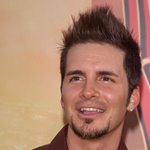 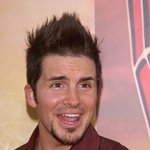 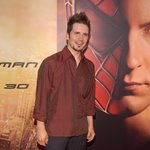 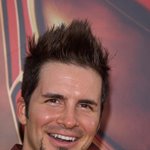 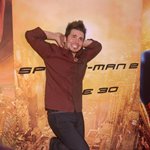 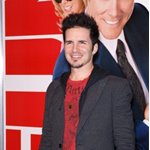 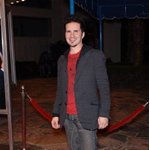